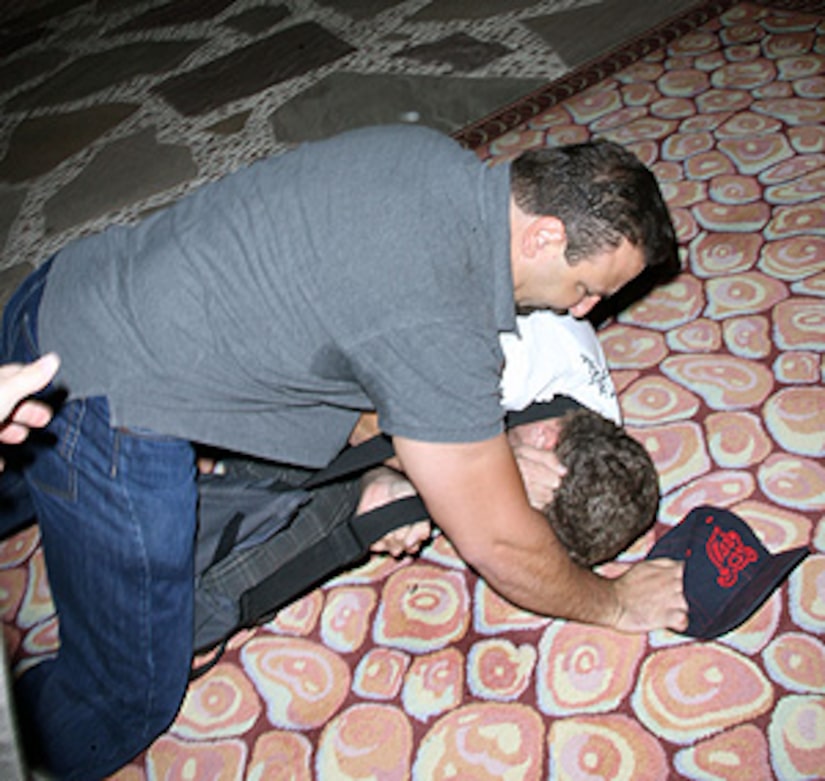 "Extra" has confirmed that Britney Spears' bodyguard, Julio Cesar Camera, has been formally charged with battery in connection with last month's paparazzi scuffle in Las Vegas.

Camera has been charged with one count of misdemeanor battery for allegedly beating paparazzo Andrew Deetz after he got too close to Britney and her two kids as they left the spa of the Wynn Las Vegas.

Deetz filed a complaint against Camera and even accused Britney of threatening him, alleging that she yelled, “I am going to kill you!” and threw a baby bottle at him.

If convicted, Camera faces up to six months in jail, and or a $1,000 fine. No court date has been set.