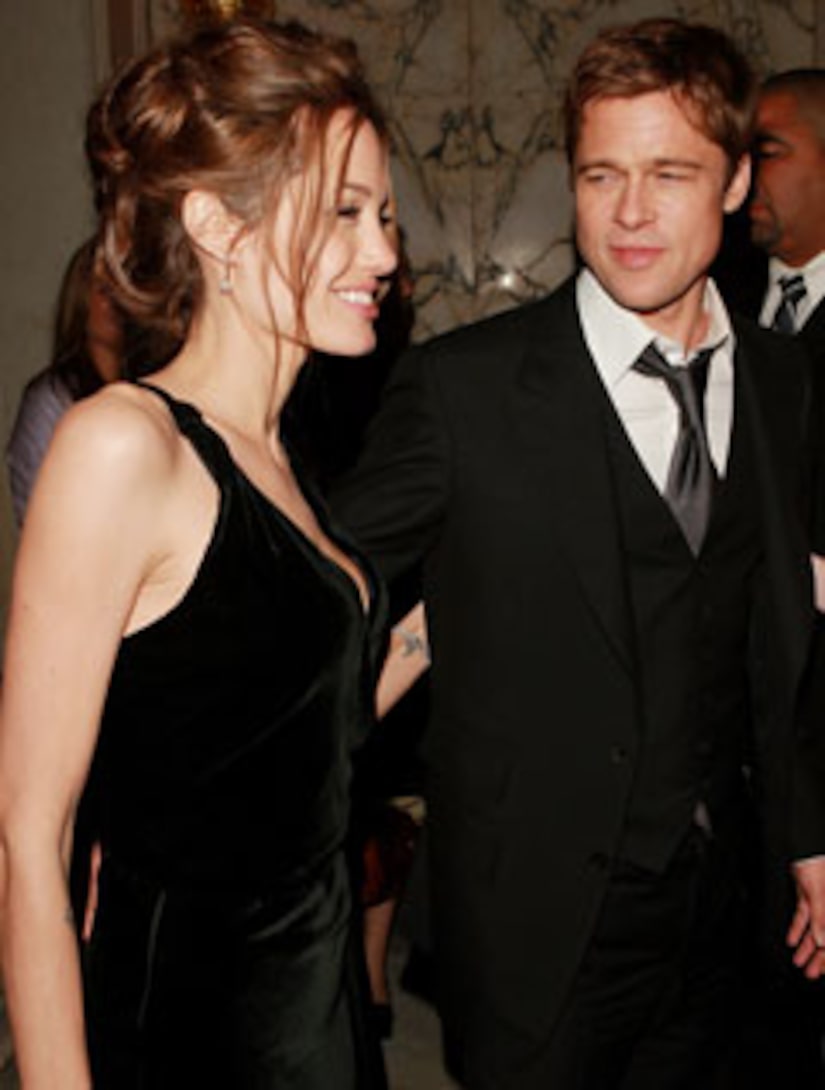 Brad Pitt and Angelina Jolie boarded a helicopter in Manhattan and flew to Long Island this weekend, where they held an all-star bash to raise money for the victims of Hurricane Katrina.

A motorcade of luxury cars ferried guests to the private home of Jane Rosenthal and Craig Hatkoff, the couple who co-founded the Tribeca Film Festival.

And “Extra” has learned that the most famous couple in the world took a cab to the dinner party, leaving neighbors in disbelief!

More than 50 guests were served cocktails and dinner, which People reports to be a buffet of lamb, salmon and corn pudding.

The dinner raised money for Brad's Make It Right project, which aims to rebuild the devastated Lower Ninth Ward with affordable and environmentally-friendly homes.

But raising money wasn't the only thing Brad and Angie were doing this weekend in the Big Apple.

Angie took Maddox and Pax for a grand tour of Central Park and watched them play on a carousel.