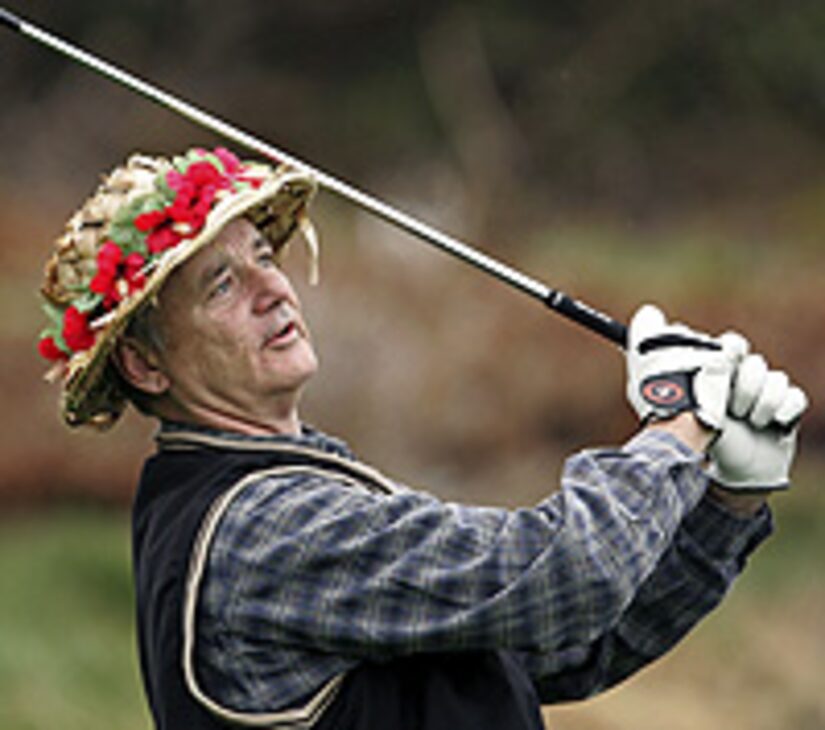 Funnyman Bill Murray could face a drunken driving charge in Sweden after cruising through downtown Stockholm in a golf cart and refusing a breathalyzer test!

The Associated Press is reporting that police officers stopped the actor early Sunday as his cart putted along slowly in the middle of town.

Officers say he smelled like alcohol, but refused to be tested, citing American law.

So Swedish officials were forced to do it the old-fashioned way, issuing a blood test for results. Those won't be in for two weeks.

Murray was in Sweden for a golf tournament and signed a document admitting his intoxication. He has agreed to let a police officer plead guilty on his behalf if the case goes to court.