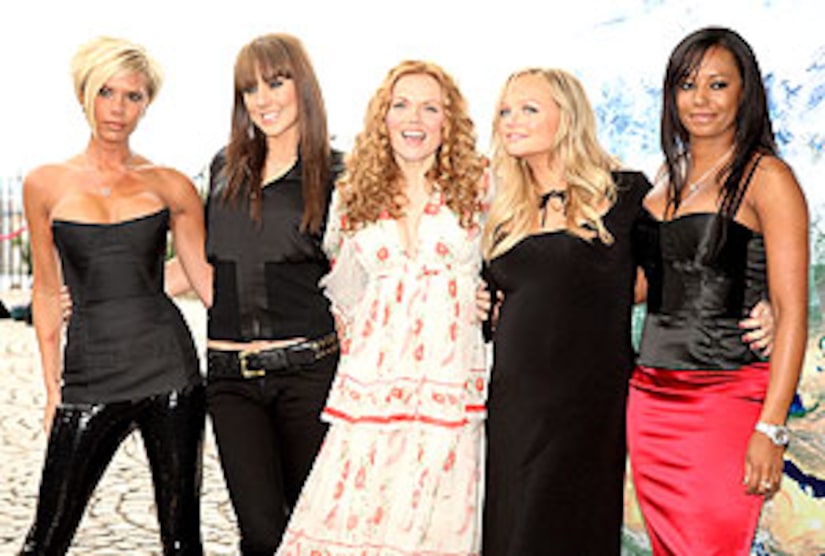 Get ready for some girl power.

The Spice Girls just announced they will reunite for 11 concerts around the world in December and January!

The shows will be their first since their public bust-up in 2001, and the first since all five girls went solo.

But things have changed since the girls ruled the charts in the 1990s.

Most of them have kids, and Bunton is pregnant with her first child. That means the tour will have to accommodate the girls' seven children!

Back in the States, ABC's hit show "Ugly Betty" might be adding a little spice to the show.
Victoria, who is moving to Beverly Hills with hubby David Beckham and is seen cavorting around Hollywood with BFF's Katie Holmes and Tom Cruise, is rumored to guest star!

"Betty" co-star Eric Mabius broke the news, revealing that Posh wouuld play herself on the show, but an ABC rep told "Extra" it's only wishful thinking.