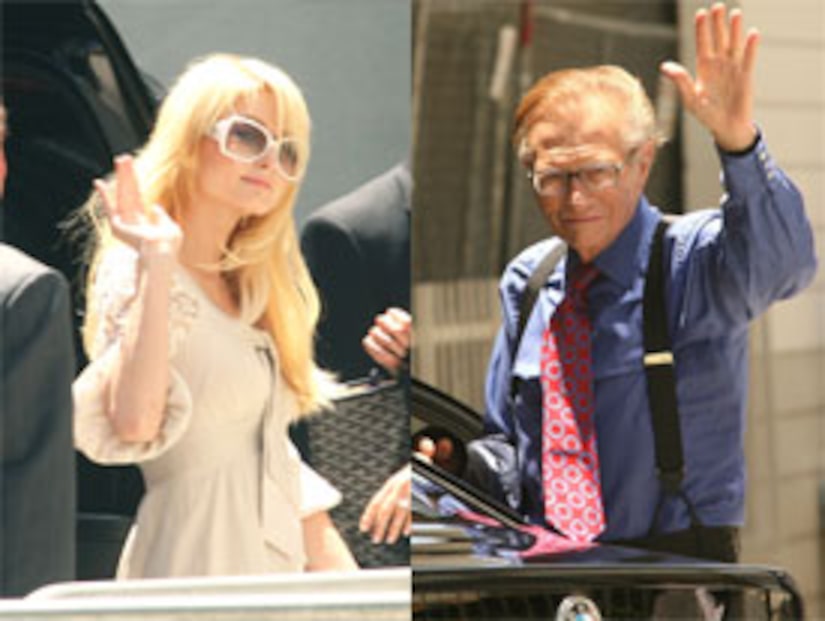 Just days after walking out of jail a free woman, Paris Hilton offered the world a glimpse into her time behind bars on “Larry King Live."

"I've been a little immature in the past and made some wrong choices. But they made me who I am today," she told Larry King.

It's the first interview since walking out of jail Tuesday, and with all the media attention surrounding her, Larry went right to the point and asked Paris why she's even speaking out in the first place.

“I just want to let people know what I went through,” Paris explained. “Something I've really grown from."

Paris insisted she doesn't know why photographers follower her and why she is as famous as she is.

She swore she's just a “normal girl,” and she's not what people think.

“I was reading all these rumors and hearing about me losing all this weight, but I only lost a couple pounds,” she said.

Being in jail is something Paris calls “a traumatic experience,” adding that she was constantly alone except for the presence of deputies.

She said she passed the hours in her cell meditating, closing her eyes and pretending she was somewhere else.

“The food was horrible,” she said. “It's jail food. It's not supposed to be good.”

Overall, Paris called her 23 days behind bars “a life-changing experience,” saying, “And it gave me, you know, a time-out in life to really find out what's important and what I want to do, figuring out who I am. And I'm, even though it was really hard, I took that time just to get to know myself.”

But has she learned her lesson?

“Well, first, starting off with the DUI, which was a .08, and I will never drink and drive again,” she said. “It was, you know, one drink, but no one should do it.”

Some of Paris' most famous friends are in rehab for similar reasons, but she became more guarded when she was asked about Britney Spears and Lindsay Lohan.

Paris said Britney is a “sweet girl, a good mom,” and admitted knowing Lindsay but later said, “I don't have any friends in rehab.”

Paris claimed she now has “a new outlook on life” and wants to do charity work.

“I want to be a good role model for these girls,” she said.

There was mixed reaction today to Paris' eagerly-anticipated tell-all.

Larry King said on CNN's “Paula Zahn Now” that Paris is “kind of in denial over having done anything wrong. She thinks she got a raw deal. On the other hand, she thinks she used jail to her benefit.”

What do you think? Will Paris change? Post your comments here!