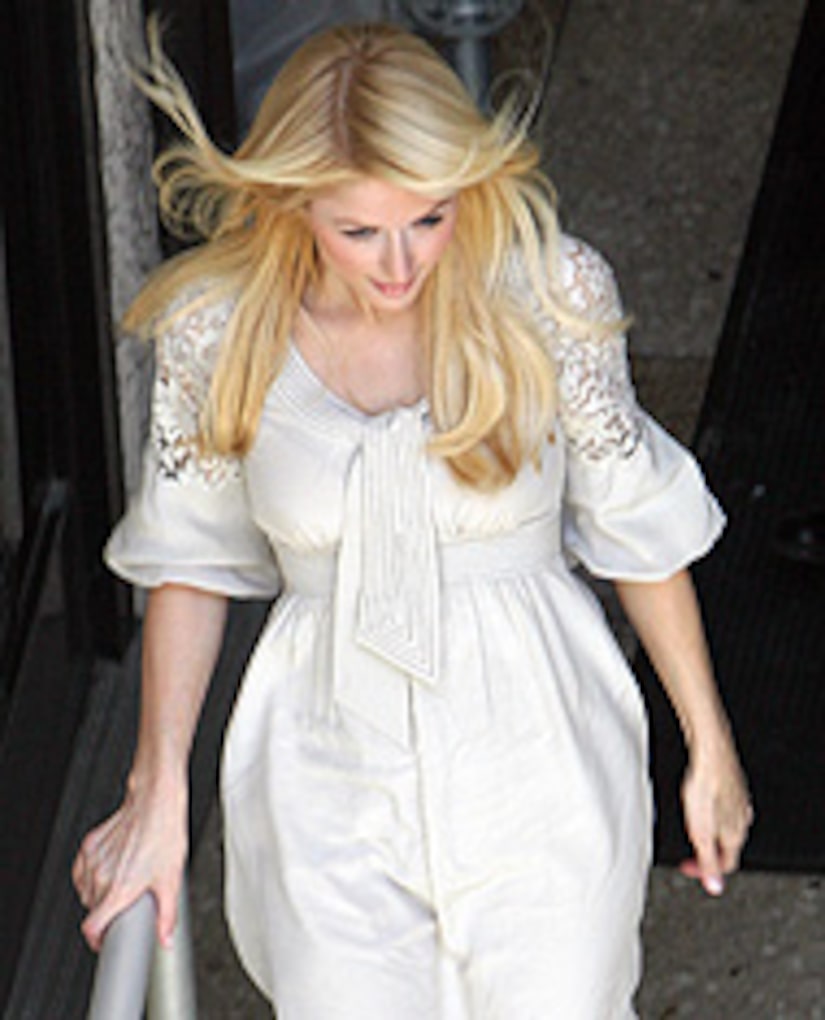 She ruled the airwaves Wednesday night on “Larry King Live,” but are Americans turning their backs on Paris Hilton?

In an explosive showdown with her fellow anchors on MSNBC's “Morning Joe,” newscaster Mika Brzezinski refused to read the lead story on Paris during the show.

“I'm not doing it,” she yelled, attempting to light the script on fire.

A fellow reporter tried to pry the script away, but before he could, Mika ripped the script to shreds!

Mika might not have watched Paris' interview with Larry – but millions of other viewers did.

Many listened intently as Paris described her strip search as “the most humiliating thing” and adamantly denied doing drugs.

The hour-long sit-down was supposed to change Paris' image for the better – but did it?

Her overworked PR train hit a major snag when Larry asked her about reports she read the Bible in jail.

“What's your favorite Bible passage?” asked Larry to a startled and silent Paris.

“Um,” she muttered, before saying she doesn't have a favorite.

Now, only “Extra” has Larry King one on one, grading Paris' performance.

“I would say she doesn't read the Bible a lot,” Larry quipped.

As for her performance during the night, which was widely critiqued to be the deal-breaker in her image, Larry said, “I would give her a C-plus…no, a B-minus.”

“I would have liked a little more introspection,” Larry confessed.

When “Extra” caught up with Howard Stern's sidekick Robin Quivers today, she told us Paris flopped.

“I would give her a D, especially when she couldn't quote the Bible,” Robin said.

Instead of going live, the interview was pre-taped in the afternoon – to throw off the paparazzi!

And was her performance rehearsed beforehand?

“I'm sure they coached her,” King said.

Larry said there is one question he wishes he'd asked.

“I might have asked about the dispute over money between NBC and ABC,” he admitted.

So where is the freed jailbird today? TMZ.com says she caught an early morning flight to Maui.