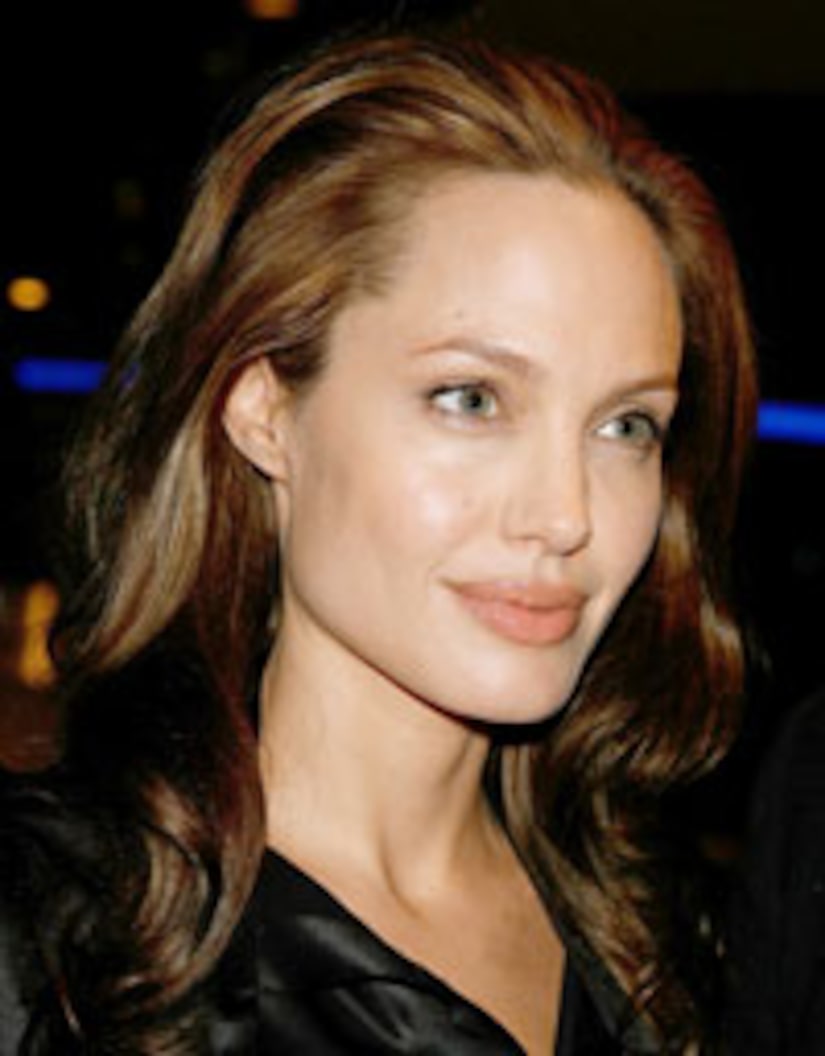 Four kids are just not enough for Angelina Jolie and Brad Pitt!

Angelina shocked viewers on Thursday night's “The Daily Show” when she told Jon Stewart that she'd be happy with 10 more kids.

When Stewart asked Angie just how many she wanted with Brad, she responded, "It fluctuates between seven and 13 or 14. Four is kind of kicking our ass, but we kind of feel like, 'Damn it, we're up for the challenge.”

Stewart was visibly stunned, as was the audience, who let out a gasp when Angie revealed the magic number!

Then, Stewart grilled Angelina about reports claiming she'd asked reporters at the Wednesday premiere of “A Mighty Heart” to sign a contract saying they would not ask her about her personal life.

That sent a shock wave throughout the media community, who were outraged that they would be censored while reporting on a movie touting freedom of the press.

"There was a memo that went out to ask people if they would sign it that said, 'Don't get into personal questions, focus on the movie,' and things like that," Angelina insisted. "It was from my representative trying to be protective of me, but it was excessive, and I wouldn't have put it out there."

You tell us: should Angelina be adopting 14 more children? Leave your comments here!