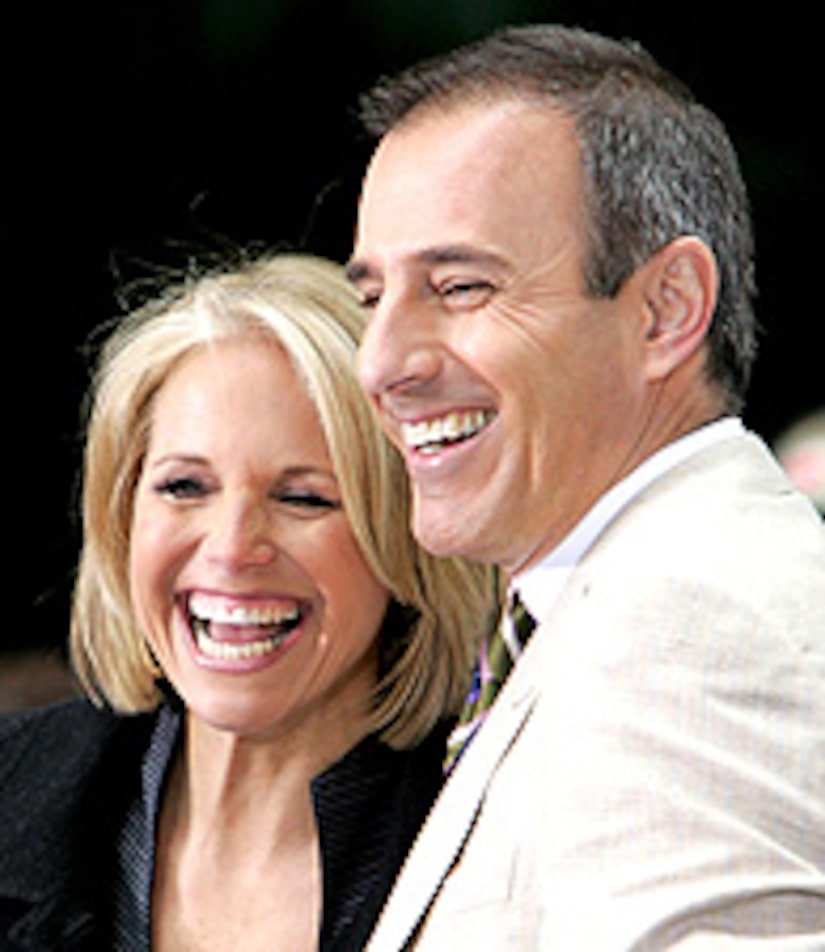 As the world awaits his exclusive interview with British princes William and Harry, Matt Lauer is stepping up to defend his friend Katie Couric.

Katie has been in the middle of a media whirlwind ever since Dan Rather accused her this week of “dumbing down and tarting up” the “CBS Evening News.”

Those shocking accusations really set off CBS executives like Leslie Moonves, who called the remarks “sexist” and a “cheap shot.”

Matt told “Extra” that Katie is doing a great job as host of the “CBS Evening News,” and he wants everyone to give her a break.

“Katie never once said to me, 'I am going to go over there and change the game. The ratings are going to reverse,'” Matt said.

In fact, Matt said Katie knew what she was getting into when she took over as anchor.

“Katie had a very realistic view that this was going to be a long, hard uphill battle,” Matt insisted. “And I think she's now falling victim to the hype that the press generated.”

“Katie's a really big girl. She's tough, and she'll handle it,” he contended.

Matt revealed that the brothers think about their mother every single day, and that sadly, they also think about what happened in that tunnel in Paris where their mother Diana lost her life.

“They were robbed, in many ways,” Matt said.