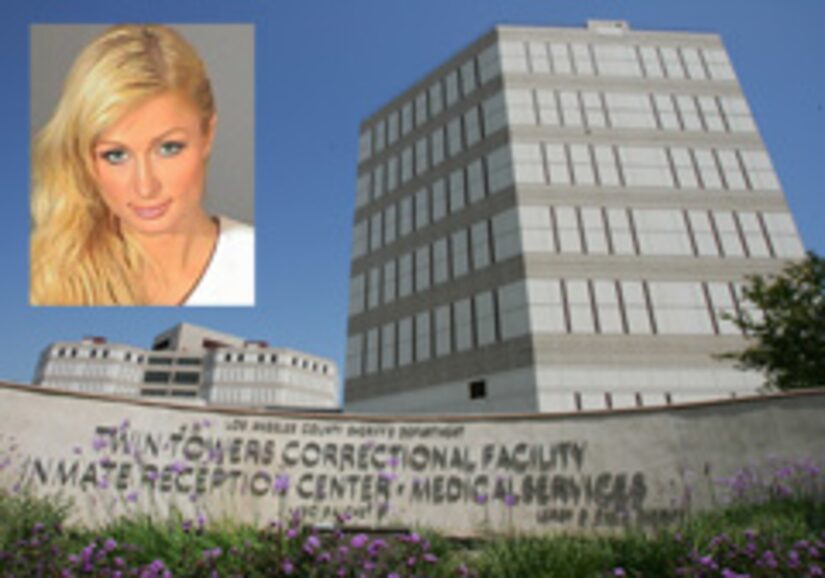 Is Paris Hilton on the move again?

The late breaking word is that the pampered princess is feeling better, and could be leaving her $1,000-a-day room in the special medical unit!

If that's the case, and Paris is able to leave the Twin Towers medical ward where she's being treated for her “medical condition,” she would go back to Lynwood where she started her sentence – and finish it out in her $100-a-day cell.

There has been no official report on what exactly is Paris' “condition,” though TMZ.com is saying it's a case of severe claustrophobia and extreme ADD (attention deficit disorder).

Paris' parents, Rick and Kathy, came to visit their jailbird daughter Wednesday morning – to much controversy.

They created pandemonium outside the correctional facility as cameras swarmed the couple.

Between the camera crush, Kathy was able to speak out about her troubled daughter.

“She just wants to do her time and get on,” Kathy insisted.

That visit is causing a major backlash, as other inmates' families are accusing the couple of receiving special treatment, just like they say Paris did.

Some families waited up to four hours to see their jailed loved ones – but the Hiltons breezed past long lines, and went right in.

Kathy Hilton's younger sister, Paris' Aunt Kyle, spoke to Paris in jail and went on the record with Fox News.

She's breaking news about why Paris wasn't eating, explaining, “There had been some rumors that people were going to do something to her food, inmates."

Poison paranoia – another reason for Paris to feel the jitters in jail.

But there's hope for Paris. Kyle said, “She's doing better than she was.”