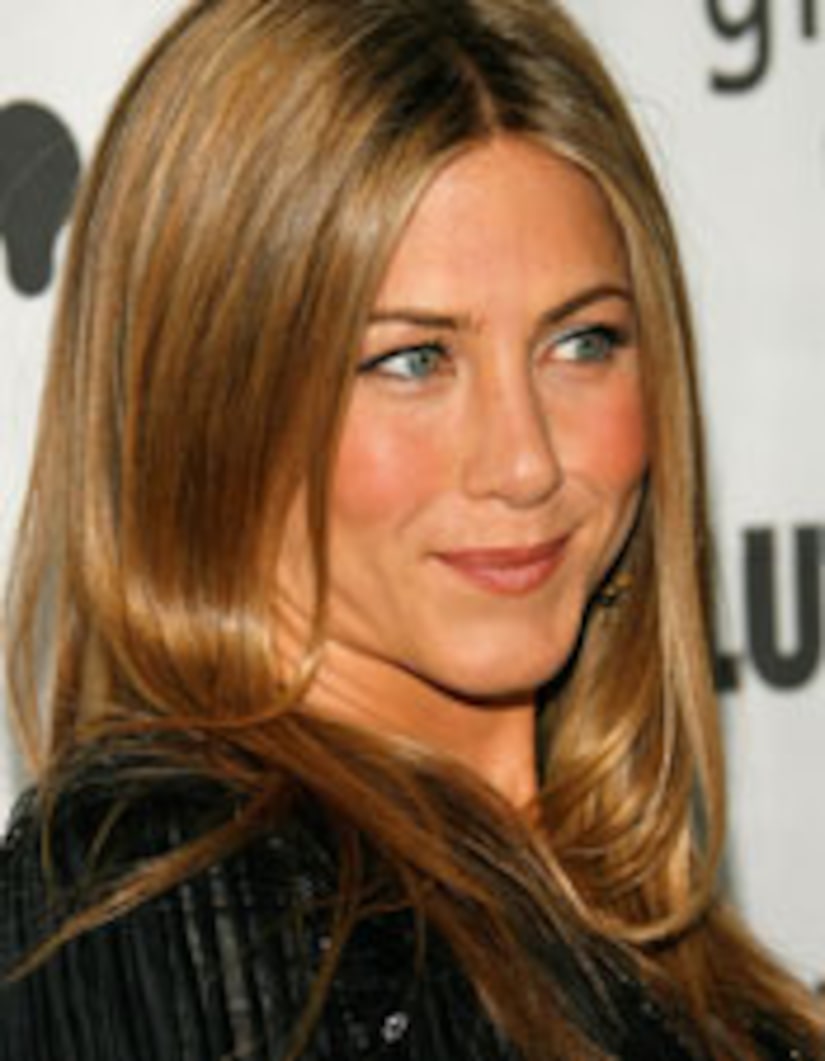 Over Memorial Day weekend, Jennifer Aniston was spotted laughing and holding hands with a handsome mystery man at a romantic, candlelit dinner.

Now the case is solved!

The mystery man is 36-year-old British model Paul Sculfor, and People says the pair have already been dating for several weeks.

“He's a lovely guy,” friend and former love, London socialite Victoria Hervey, told People. “A gentleman…he'll think of the woman before himself.”

So here's the rundown. He's six feet tall, a former boxer and construction worker, and he's shown up in ads for Christian Dior and Jean Paul Gaultier. He used to date Lisa Snowdon, George Clooney's ex.

Tongues first started wagging over Memorial Day weekend, when Jen, 38, and her man were spotted sharing an intimate meal at One Pico restaurant in Santa Monica.

Eyewitnesses said Paul rubbed Jen's back as they waited for a table!

This is good news for Jennifer. She's been single since her split from Vince Vaughn last year.

But she might need to put some extra effort into their new relationship.

Paul once told a British magazine, “It's hard keeping a girlfriend in this business – you end up conducting your relationship on the phone.”