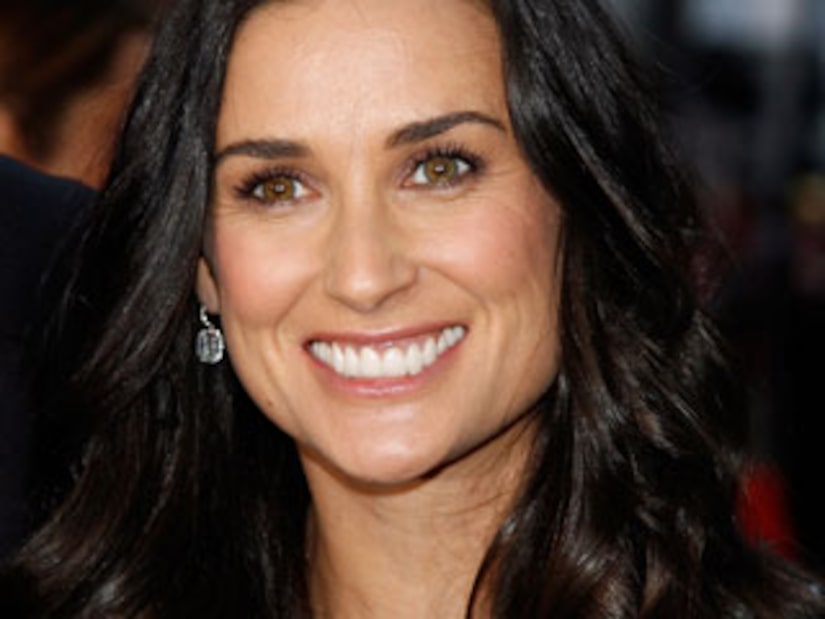 Looking more fabulous than ever, Demi Moore revealed to “Extra” how she says looking so young at age 45.

“I live with the fountain of youth,” she insisted.

Easy, if your fountain of youth is hot hubby Ashton Kutcher.

The two married in 2005 after a whirlwind courtship that was closely documented by the media.

She took Ashton to the premiere of “Mr. Brooks,” in which she plays a tough detective hunting a serial killer, played by Kevin Costner.

After “Charlie's Angels” and her acclaimed performance in last year's “Bobby,” Demi is definitely back.

But she told us she was glad to take a break from the Hollywood scene.

“I think there was a wonderful opportunity in stepping away and growing as a person,” Demi revealed. “I'm coming back at a different time in my life, and I hope that would be reflected in the work.”

Her escape from Hollywood was aimed at protecting her kids, but now she thinks her children needed to know more about her own struggles in Hollywood.

“Protecting them is also sometimes giving them an awareness and an understanding that strength comes also out of weakness,” Moore said. “I think letting them see me struggle just as a human being.”

Demi added, “But I have to say, I look at them, and they have stuff and challenges like every kid, every teenager – but they are really good kids.”