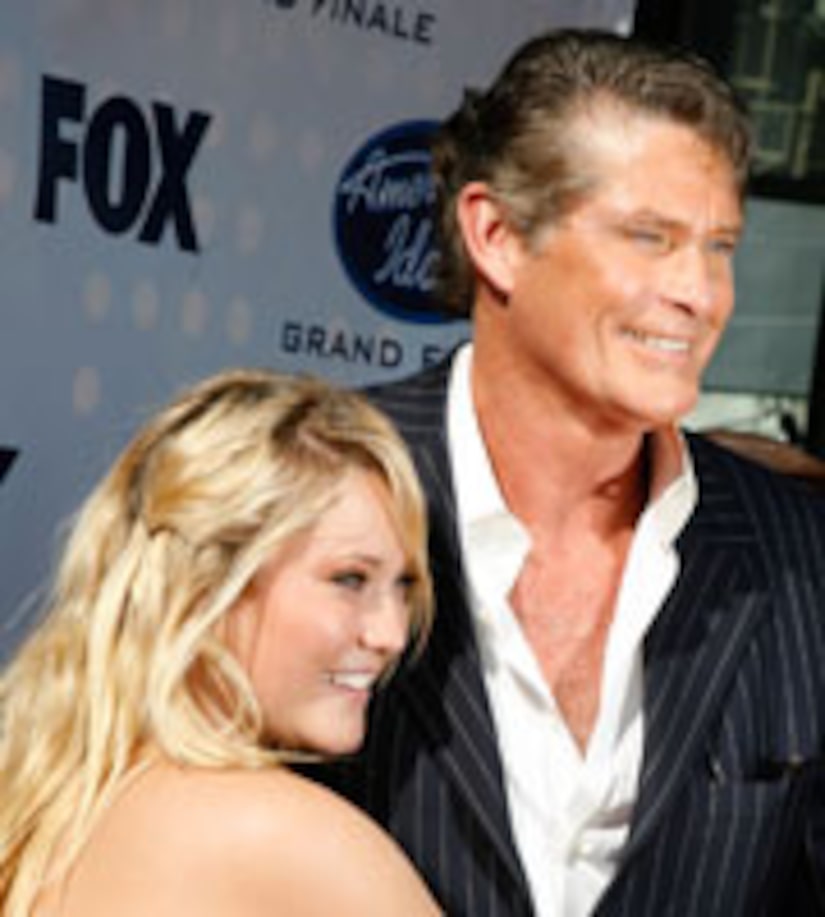 For the first time since recovering his parental rights in a custody battle with ex-wife Pamela Bach, David Hasselhoff is going on the record with "Extra."

He arrived at the season finale of "American Idol" Wednesday night with daughter Haley and opened up about the bitter divorce fight and the drunken tape seen around the world.

David told "Extra" exclusively, "We're still a family, and she loves her mother. They love their parents. We love each other, and that's the way it is, it's just that we move on."

David has also revealed he's been amazed by support from friends and family after the tape - which showed him drunk and incoherent on the floor - was made public.

"It's incredibly overwhelming," Hasselhoff told us. "I mean from Geraldo Rivera to Mel Brooks to Simon Cowell to even Larry King, everybody has called me or written me and said, 'We know who you are as a person.' No matter where I go nobody says anything negative to me, it's all like, 'We're rooting for you.'"

David and Pamela were divorced last year. Since then, they have been arguing over custody, and their personal swipes at each other have been publicly traded in the press. They had been married since 1989.