My butt is small.

And I don't mean that in a figurative sense. You know, like when guys get in trouble and say, "Aw, man, my butt is so dead!" I mean it in a truly literal sense. My butt REALLY IS small. More on that later.

You see, being “Extra's” Las Vegas correspondent does have it drawbacks. I mean, they don't call this town Sin City for nothin'! I have managed to stay away from the gambling, the booze, the partying and the ladies. (Because, in order, I'm unlucky, a lightweight, a bad dancer and married.)

But Vegas took me down with a different temptation: the buffets! I've packed on more than a few "LB's" since moving here from Manhattan Beach, California, two years ago. Weekends of surf and sun at the beach became weeks of surf and turf in the desert. How much did I gain? Hard to say. But 15 to 20 pounds would be a safe estimate.

Hey, it's not entirely my fault. Las Vegas was just voted the Fattest City in America by Men's Fitness Magazine. So at least I have company. 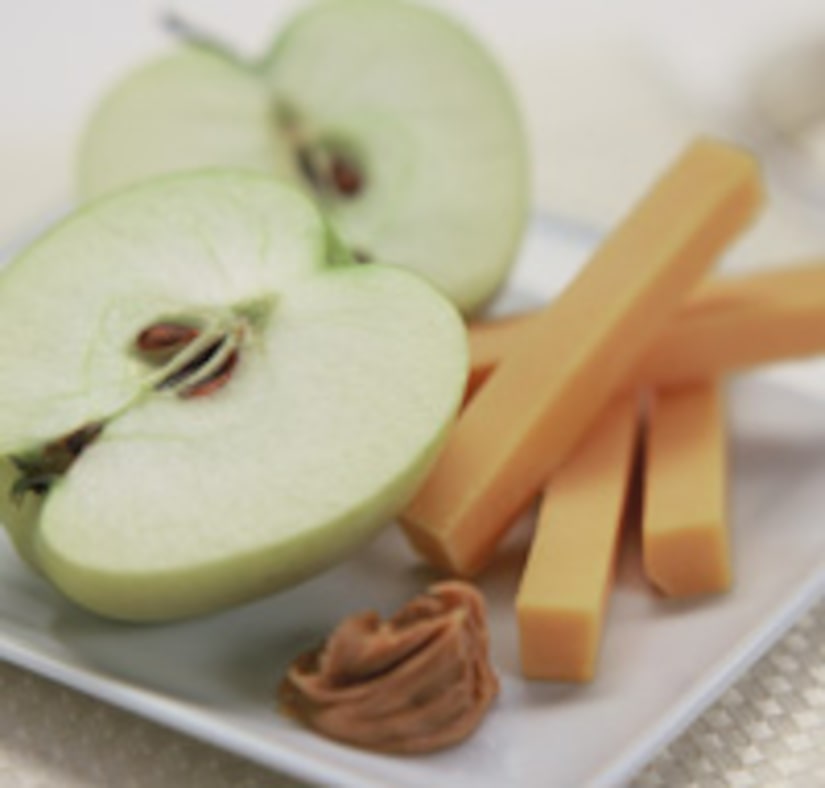 Welllllllllll, my bosses at “Extra” thought it would be a great idea to see if one of the best trainers in the world combined with one of the best meal services in the country could slim me down.

First, I met up with trainer-to-the-stars Jackie Warner on April 30. Jackie's a star in her own right, the centerpiece of Bravo's "The Workout." Next week, I'll tell you how Jackie is currently whipping me into shape. I can't discuss anything Jackie-related right now because she kicked my tucus so hard today that my fingertips are even sore. (Which makes typing SO much fun.) How challenging are Jackie's workouts? I now train harder on my own just to make it to the end of my sessions with Jackie. It's like straightening up your house before the maid comes. But I'll have much more on my lovely Jackie next week. (That is, if she lets me make it to next week.) 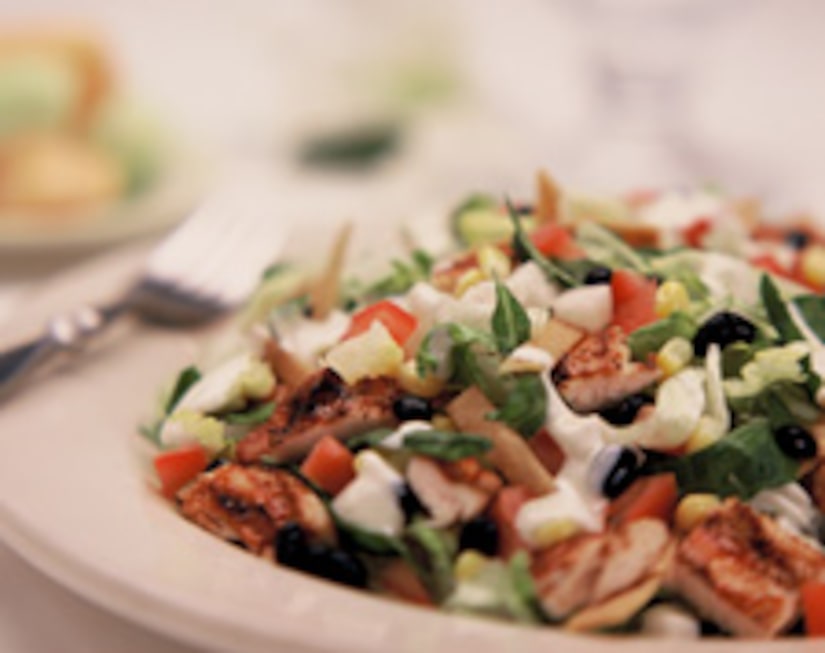 Today, I want to tell you about the less exhausting part of my weight loss journey: my diet.

Let's get one thing straight right off the bat: I LOVE FOOD!! Starting eating: no problem. Stopping eating: big problem.

Enter Sunfare.com to solve all of my eating problems. Sunfare has been feeding me breakfast, lunch, an afternoon snack, dinner and a late night snack for the last three weeks. I haven't felt hungry at any time, and (here's the best part) I've already dropped more than 10 pounds! 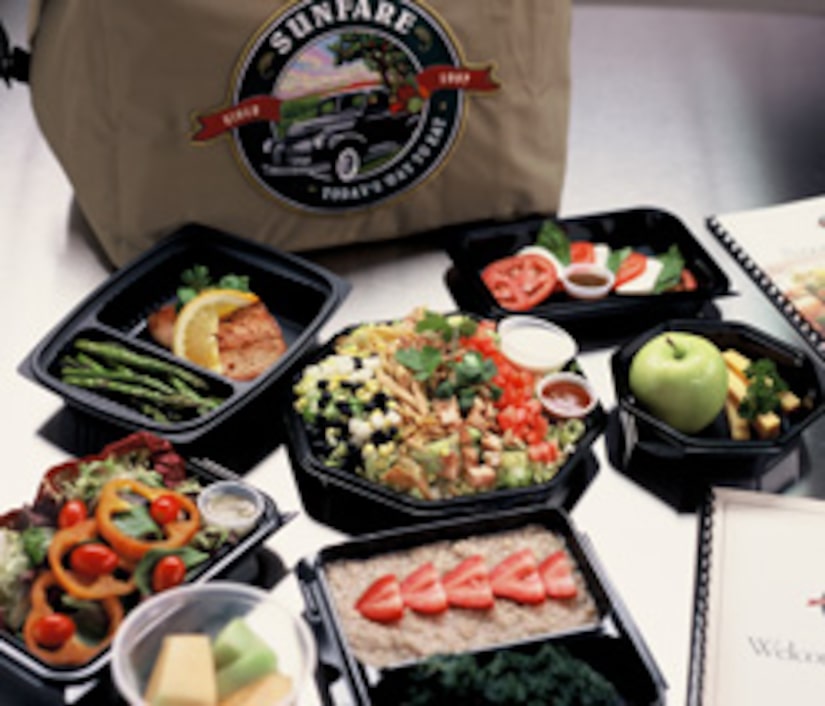 Every morning I wake up to find a cooler of fresh food at my doorstep. (If you love food as much as I do, it's like having Christmas morning every morning.) And this is real food! No processed-frozen- chemicalized-TV-dinner-type meals here. We're talking filet mignon, fresh fruits, the best cheeses and salads that are meals unto themselves. In other words, this is better food than I could ever pick out or cook for myself.

Did you know Albert Einstein had seven versions of the same suit and tie in his closet so he wouldn't have to put any extra thought into what he was going to wear that day? (At least that's what Jeff Goldblum said in the 1986 version of “The Fly”.) Well that's the same principal with Sunfare. It's one less thing that I have to think about everyday. When I come home at night, there's no, “Ugghhh, what am I going to do for dinner?” A delicious, healthy dinner is waiting for me every evening in the fridge. 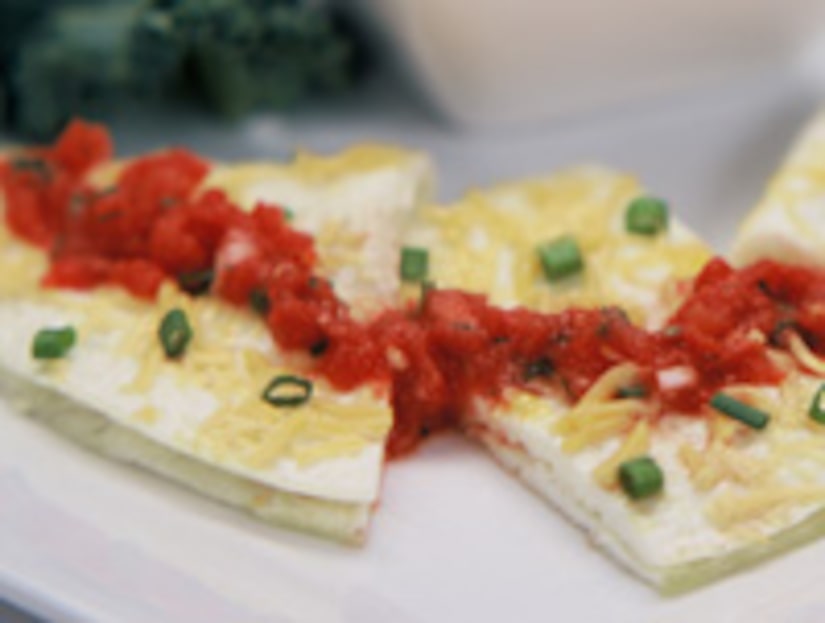 Overeating is my biggest problem. I eat and eat until I start to feel full, and then 10 minutes after that, I feel REALLY full. And then 10 minutes after that, I'm on my couch, holding my now-expanding gut wondering how and why I ate that much food! Not the case with Sunfare. I gotta admit, the first few days, I had to train myself to not crave any more food when my meal was done. But now, it's awesome. I haven't experienced that gross bloated feeling in the last three weeks, and I don't miss it one bit! And my stomach hasn't growled once! I don't know how they do it, but Sunfare gives me the perfect amount of food every time!

(Actually, I do know how they do it. When you sign up with Sunfare, you give them your height, weight and age, and they figure out how many calories you need everyday to lose weight in a healthy fashion.) 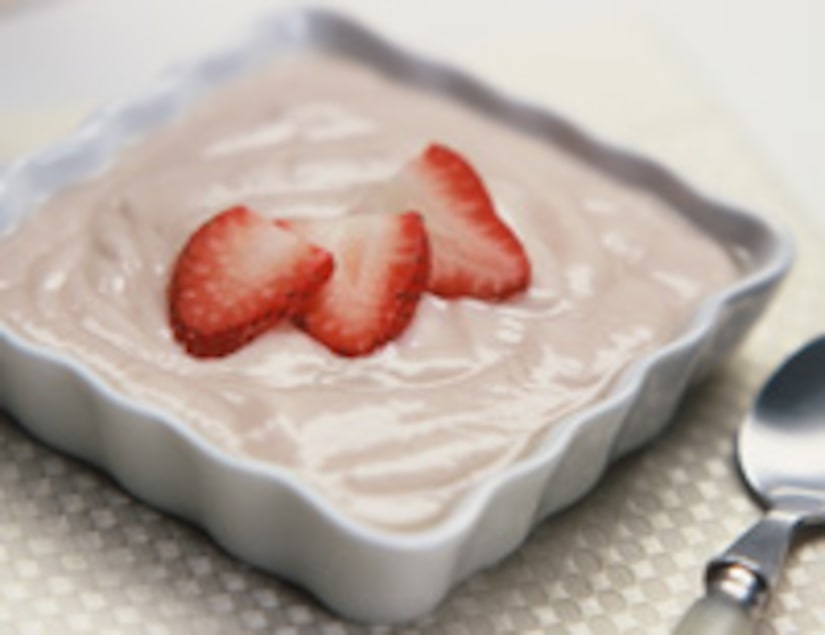 Sunfare lets you personalize your menu, too. They call you when you initially sign up and ask for your like and dislikes, and then they e-mail you your menu in advance, allowing you to make any changes you want to any meal. But I never change a thing. Why? Because, for example, even though I'm not a huge fan of green beans, I know I should be eating them. So when Sunfare sends me a dinner with green beans on the side, I eat them because I know the entire dinner will fill me. In other words, I use Sunfare to expand my palate.

So how does the Sunfare Signature Diet work? First the scientific explanation: it follows a balanced, low-carb dietary approach based on a "30/40/30" formula. This means that for every meal and snack served, 30% of it will be comprised of lean protein, 40% of whole wheat, low-carb or fresh, low-glycemic carbohydrates and 30% of heart healthy, monounsaturated fat. This keeps blood sugar stable and promotes a wide range of health benefits, but is best known for weight loss.

And now my explanation: I CAN EAT CARBS!! More specifically, my body doesn't crave certain types of food because Sunfare gives me a wide variety (even breads). 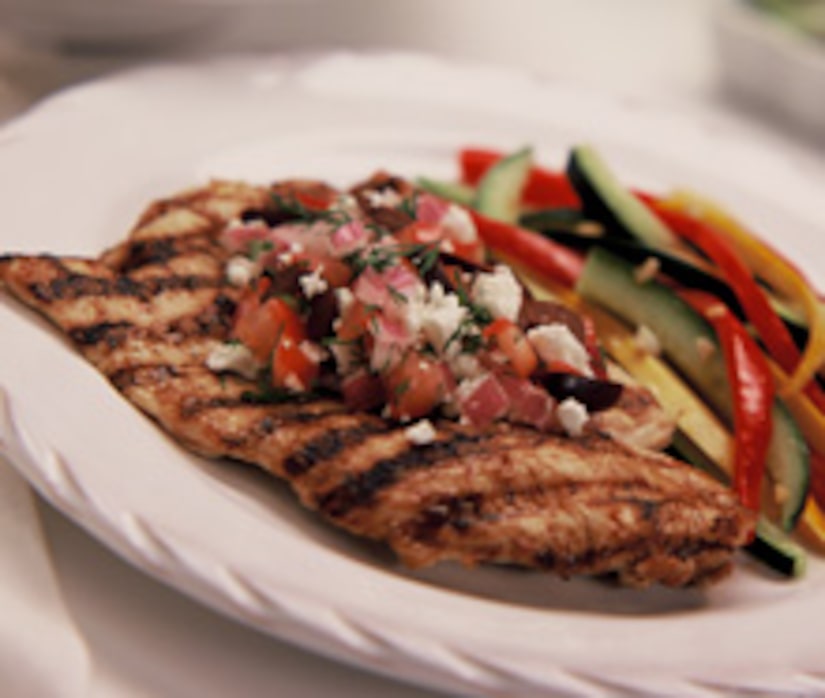 Trust me, I've tried every different diet on Earth in order to lose weight. Some work for a short time. But when you're done with the diet, you go right back to the negative eating habits that got you to that overweight state in the first place. With Sunfare, you don't feel like you're on a diet, so there's never a need to go back to your old ways. How many times have you heard, “Don't diet, change your lifestyle.” Well, Sunfare is the best way to do just that.

Let's get back to my previously mentioned, tiny butt. Honestly, most men don't like to talk about their butts. They're more focused on their bi's, tri's and pec's. Think about it: how many guys have you ever seen at the gym looking over their shoulder into that huge mirror while squeezing they're glutes together? None. Well, I'm hear to tell ya, my Cuban caboose has never been smaller, it's tight like a Tiger, and it's gone for good. 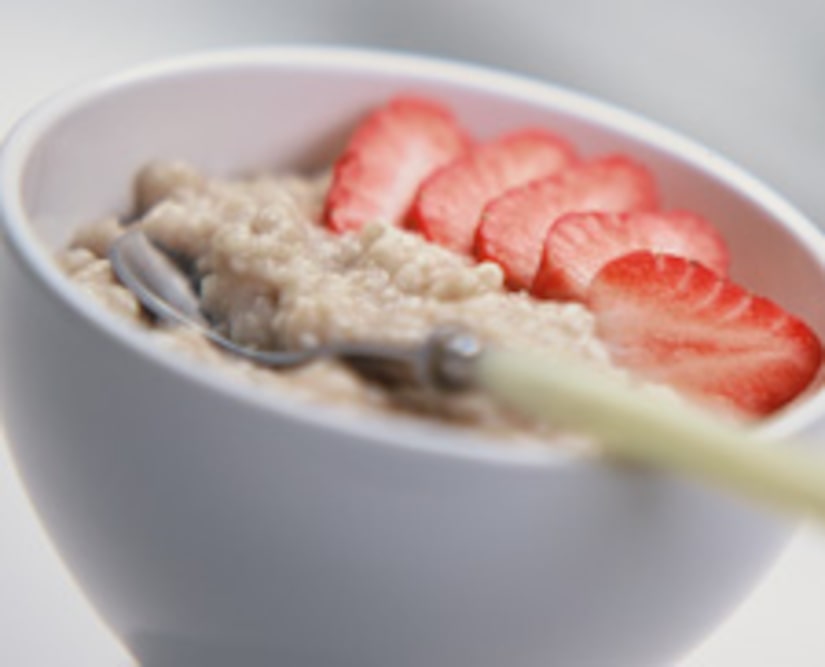 If you want to know more about Sunfare, just click here. You'll be happy that you did. I know I am.

I'm a Sunfare guy for life… I guess that makes me the “Jared” of Sunfare.

Click here to check out Carlos's workout with Jackie Warner.