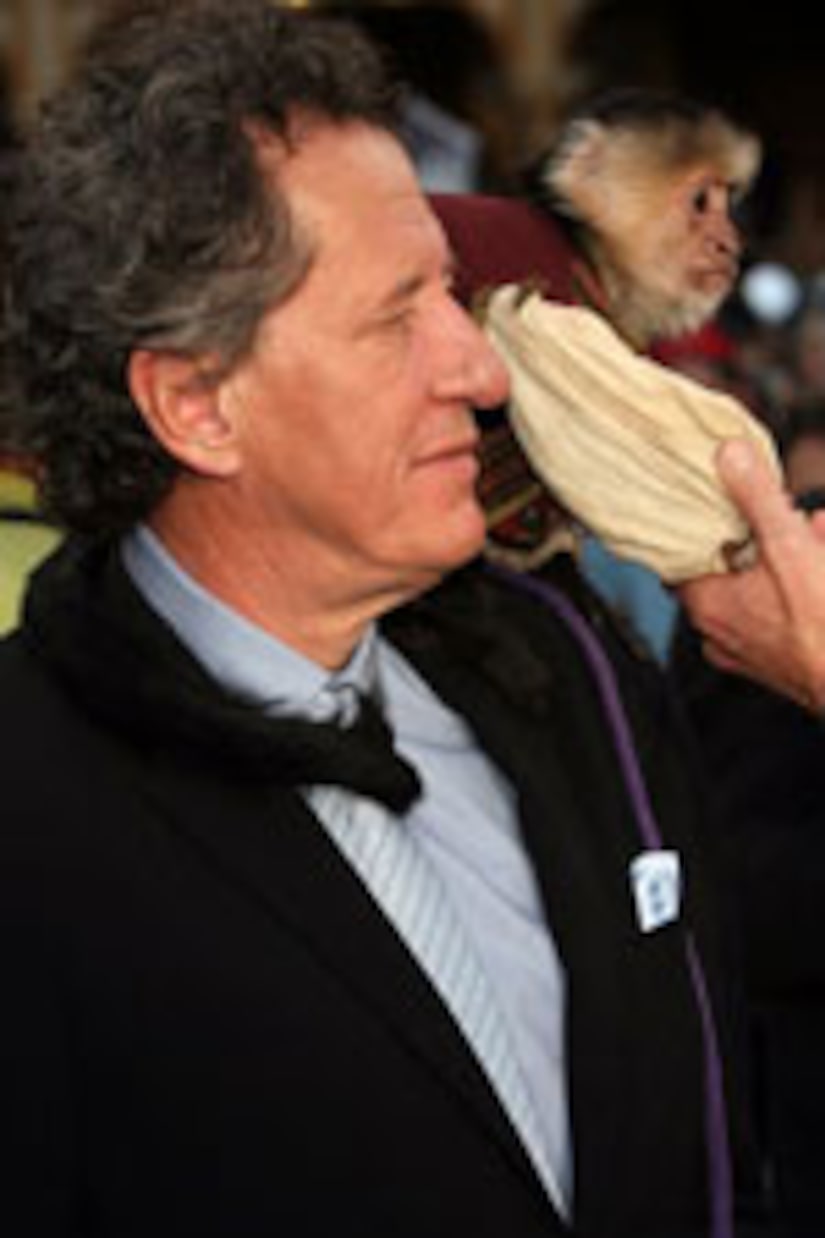 "Extra" was with all the stars at the "Pirates of the Caribbean" premiere at Disneyland, and all the boys came straight to us!

Orlando made his way through a sea of screaming fans to tell us that he doesn't mind them one bit!

"The cool thing about these films is that the audience, the fans, they've made it what it is," Orlando explained.

Captain Jack Sparrow was traveling without his real-life crew, but Johnny showed our Terri Seymour the intimate trinkets that allow him to always keep his family close.

"It's the stuff my kids have made," Johnny said. "I've got them everywhere."

While Orlando had his family there for support, Johnny brought his on-screen dad: Keith Richards!

Keith was at his scurvy best as he described getting into character for his highly-anticipated guest-starring role: "A lot of people were trying to get me into it and whether it would work or not. And finally I said, 'I'm going to do the gig to find out what it's like to be underpaid!'"

Johnny really hit it off with his on-screen father, even giving him an on-set nickname of "Two-Take Richards" because of how quickly Keith could get his scenes done!

Maybe he nailed the role so quickly because he's actually had experience being a pirate...sort of.

"The jobs are the same. I mean if you're going to be in the rock business, you've got to be a pirate," Keith insisted.

"To be on with Keith, the maestro, is above and beyond," Johnny gushed.

The only member of the "Pirates" family not in attendance was Keira Knightley. But Orlando came to "Extra" to give Keira a special message.

"Oh Keira, we miss you! Where are you? Working no doubt - she's a workaholic, that one," Orlando revealed.

Johnny also shared with us a special message. Now that the trilogy has reached its conclusion, he said there will always be a place in his heart for Captain Jack.

"He's always going to be with me," Johnny told us. "Yeah, he's always there with me wherever I go."