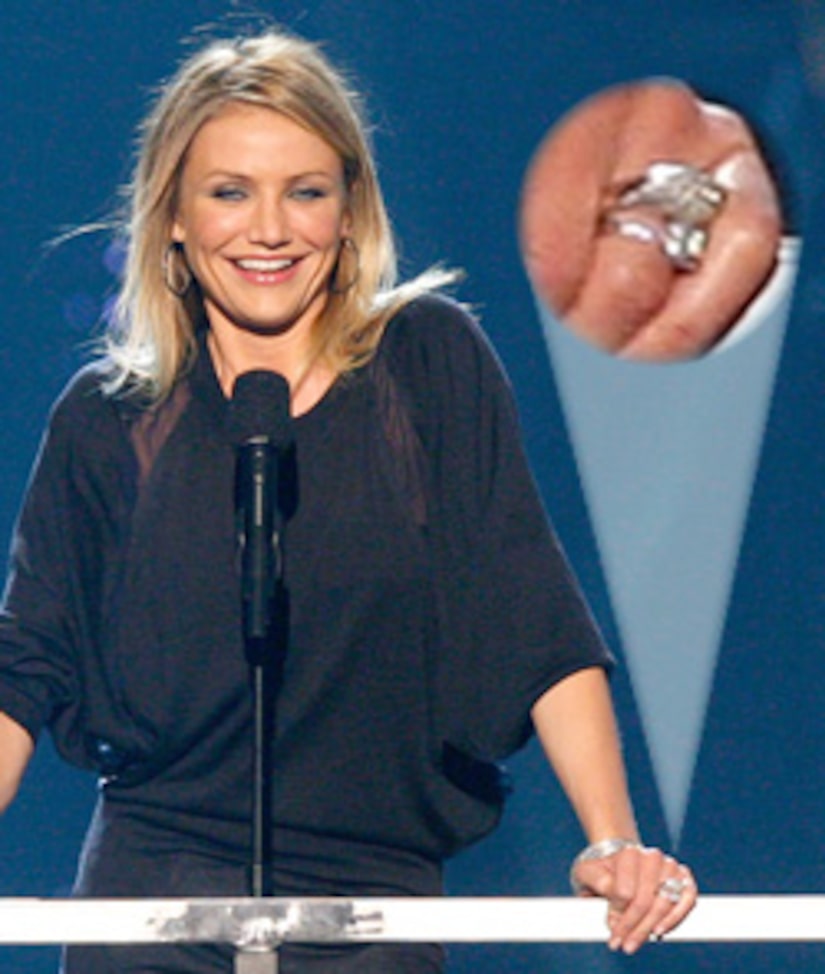 Glitz and glamour ran amuck at the VH1 Rock Honors in Las Vegas this weekend, but it was Cameron Diaz's mysterious rock that had people talking.

Our cameras spotted Cameron wearing a ring on her finger at an after show.

But Cam's lips were sealed about a new romance.

It looks like she's just enjoying living the solo life with “Charlie's Angels” buddy Drew Barrymore. We spotted the wild pair partying it up at Jet nightclub.

Also in the house was honoree and rock legend Ozzy Osbourne.

While Ozzy declared, “I'm honored out,” the Prince of Darkness wasn't too drained to give us his thoughts on the Princess of Pop, Britney Spears.