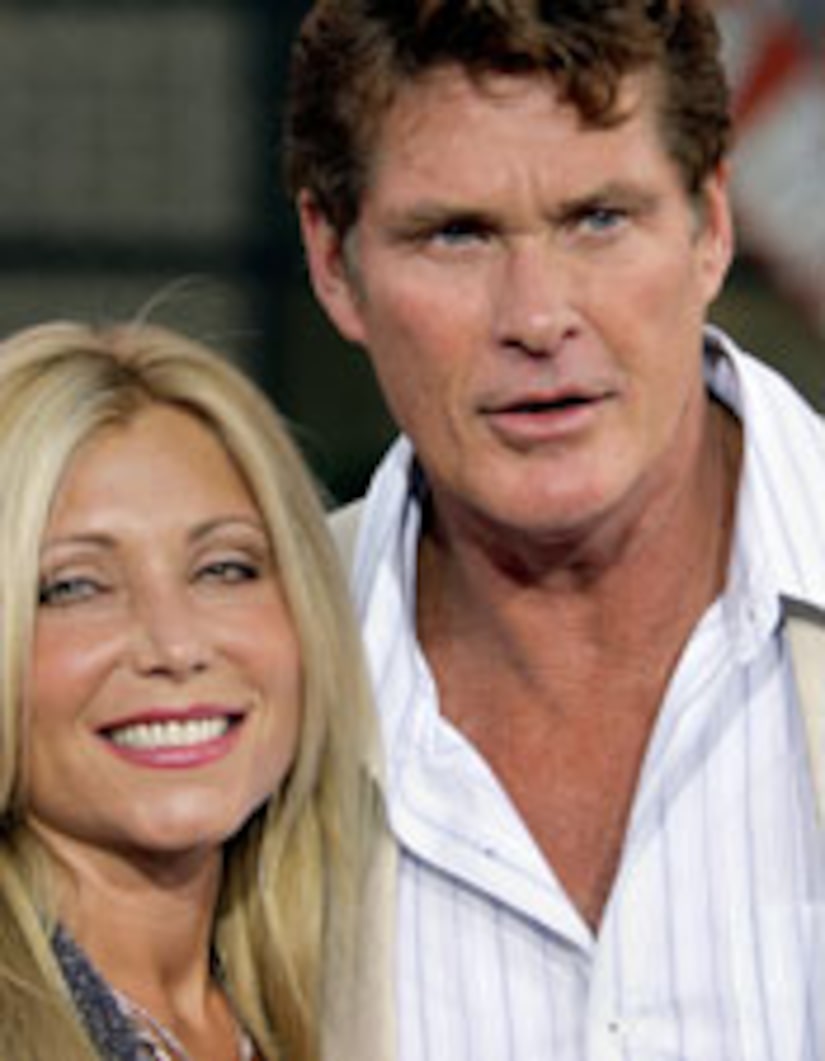 David Hasselhoff's ex, Pamela Bach, is tackling the rumors that she leaked the tape of David, drunk and out of control.

“Extra's” video took center stage on a heated “Larry King Live” when King asked her if she – or one of her daughters – purposely released the now infamous tape.

Bach replied, “I don't believe Taylor-Ann would have released it. And I know I didn't.”

Denying she is behind any of it, Bach said, “It's like when an alcoholic is wrapped around a bottle, and then the family and friends are wrapped around the alcoholic. We're going to protect it.”

Bach claims Hasselhoff did not ask his daughter to videotape him on the floor of his Las Vegas residence, but she said she knows why her daughter shot the footage.

“It is her cry for help, because she sees nothing else is going to work,” Bach said.

King then put Bach on the hot seat, asking directly if she failed a drug test. “The only thing I was addicted to was David,” Pamela insisted.

In fact, “Extra” has learned that Bach will take a voluntary drug test Tuesday to prove she is clean.

Despite the bitter, ongoing custody battle, Bach said it is not Hasselhoff she hates – it is his drinking.

When King asked if she still loves her ex-husband, Bach replied, “I always will.”

Only “Extra” has the footage of the couple in happier times, when they gave us an exclusive interview.

When King asked Bach if she would go back to her ex, she replied, “Yes.”

Still, a judge has ruled that Hasselhoff is currently not permitted to see their two daughters.

The couple will square off again in court May 21.