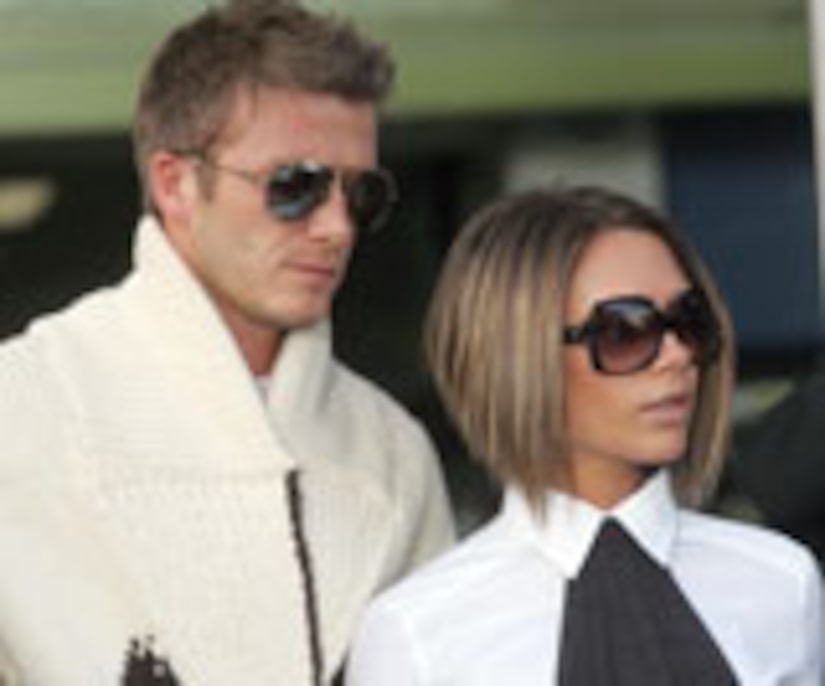 "Extra" has learned that Victoria and David Beckham have put in an offer on a Bel-Air mansion that once belonged to big screen beauty Meg Ryan.

The soccer superstar and his fashionable wife have been searching for a posh pad in the L.A. area ever since the L.A. Galaxy Soccer team announced Becks would join their team for a cool $250 million contract.

Insiders are abuzz that Posh has her heart set on the home, which boosts seven bedrooms, six baths, ocean views, a game room, a private gym and sauna, a swimming pool and backyard garden.

Bel Air estate agent Joel Cunningham, who reportedly showed the stick-thin star around the property, said, "Mrs. Beckham was very impressed with the property overall, especially the ocean views which can be enjoyed from the bedroom."

Cunningham also revealed that Posh was impressed with the impressive security already installed on the property, which is sure to keep the curious onlookers and pesky shutterbugs away.

"In addition to the large 8-foot high security fence surrounding the property, there is also a front wall and gates that are even higher than the massive fence, at a massive 11 feet," Cunningham revealed.

They are expected to hear whether or not their offer has been accepted before the end of the week, and "Extra" will keep you posted on all the latest!