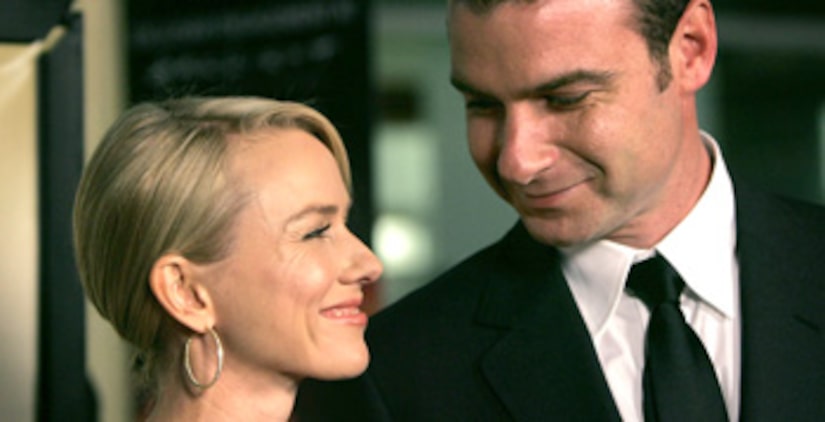 Aussie beauty Naomi Watts and her longtime boyfriend Liev Schreiber are going to be parents!

The announcement was made Monday night when Schreiber dropped by Conan O'Brien and confirmed rumors his lady love is pregnant:

At Sunday night's Academy Awards, Watts was mum when asked about an impending visit from the stork.

It read, in part, "The ESCADA gown set off her most precious new asset – the baby she is expecting with longtime boyfriend Liev Schreiber."

Watts and Schreiber first started dating in 2005, making their first public appearance together at a U2 concert in Manhattan.

The lovebirds recently shared the big screen in “The Painted Veil.”

Congratulations to Naomi and Liev on the impending arrival of their first child!