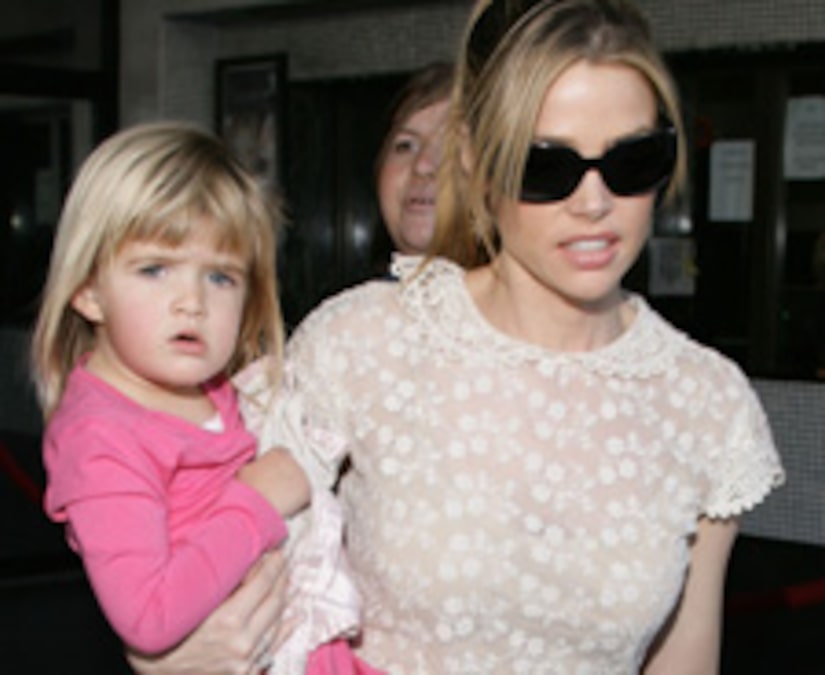 Kneeling down in the middle of the street to console her daughter Sam, a frenzied Denise picked up her cell phone to call for help after her Mercedes-Benz SUV was sideswiped by another car.

Minutes later, it was Richie Sambora to the rescue, who showed up at the crime scene with a kiss for Denise and a hug for little Sam.

After Richie arrived, he packed their belongings into his car and sped her away as a tow truck arrived to remove the mangled car.