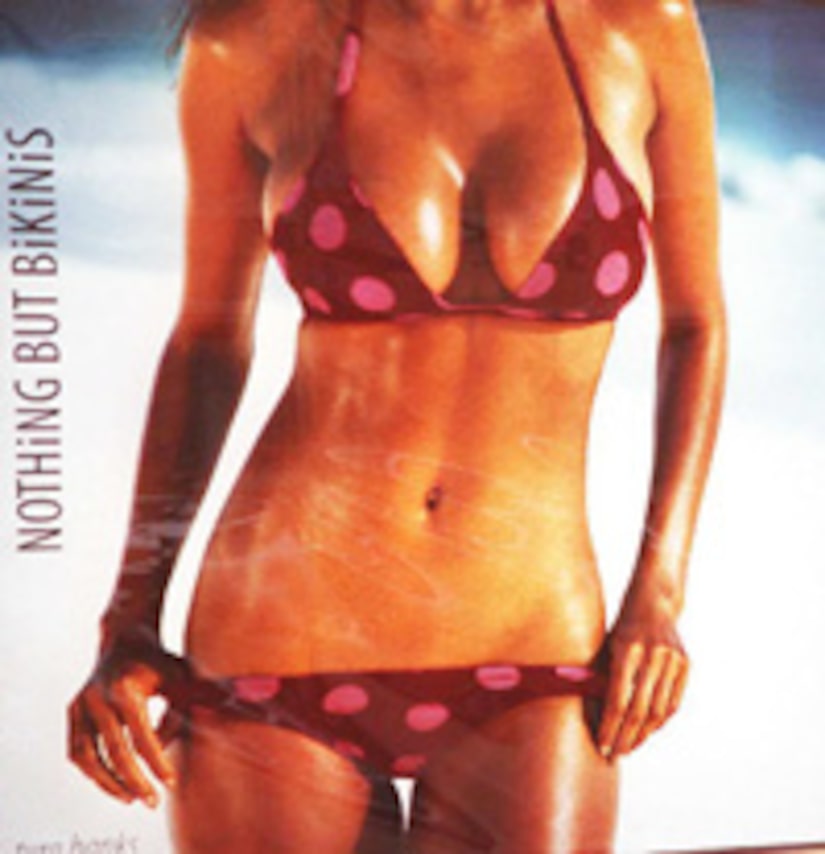 To celebrate the 10th Anniversary of her history-making appearance on the cover of Sports Illustrated's swimsuit edition, Tyra Banks is recreating her breathtaking cover, and only “Extra's” cameras were along for the shoot.

Photographed by Russell James, the original photographer, at the Atlantis Resort in the Bahamas, Tyra dons the same 10-year-old polka-dot bikini and strikes the same poses that she did a decade ago.

About wearing the same bathing suit she wore 10 years ago, Banks admitted, “I'm back in the bathing suit, but if you can get a close up…we had to add more fabric.”

“I'm still self conscious about my booty,” Tyra told us.

But Tyra had a message for the tabloids that called her fat, declaring, “Please… just don't say that type of stuff about people. It sells magazines… but, what it is doing to young girls, I think everybody needs to be responsible.”

Tune in to “Extra” Wednesday and throughout the rest of the week for more behind-the-scenes coverage of Tyra's shoot.