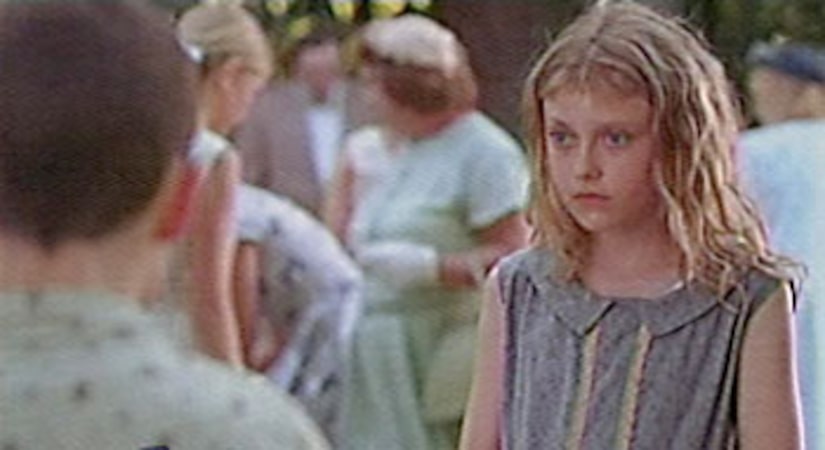 Dakota Fanning's shocking and disturbing new role in the controversial movie “Hound Dog” is shaking up the 2007 Sundance Film Festival.

The film, which stars Fanning and Robin Wright Penn, has everyone talking, as the 12-year-old big screen darling portrays a young child who survives her father's sexual abuse.

We joined Dakota at the film fest in Park City, where the young starlet blasted her critics over their reaction to a controversial rape scene.

“Not once while we were filming or reading the script did anyone think it was controversial,” Fanning told “Extra's” Jerry Penacoli. “I still don't.”

The rape scene creating so much furor contains no nudity, but eludes to it with quick edits as a bare shouldered Dakota yells “Stop it!” and stares blankly into the sky.

“It's not anything like what they've been saying,” Dakota dished. “It's just been so blown out of proportion.”

Dakota also told “Extra” that not only are her parents okay with the so-called controversial movie, “They're very supportive of anything that I choose to do.”

As for what drew her to “Hound Dog,” Fanning revealed, “I could just relate to her so much and her depth, and all the layers to her. And I just wanted to discover those.”

The young superstar, who has grown up on the big screen before our very eyes, also revealed that she chose the role hoping to become an inspiration for young victims of abuse.

“They can learn that even though you are born into hard times or you go through hardships, you can still survive,” she said.

Now that Dakota has shared her side of the controversy surrounding “Hound Dog,” “Extra” wants to hear your thoughts!

Is the 12-year-old star's sex scene too much? We'll voice your opinions on Thursday's show!

Click on an image to see the Dakota Fanning photo gallery!