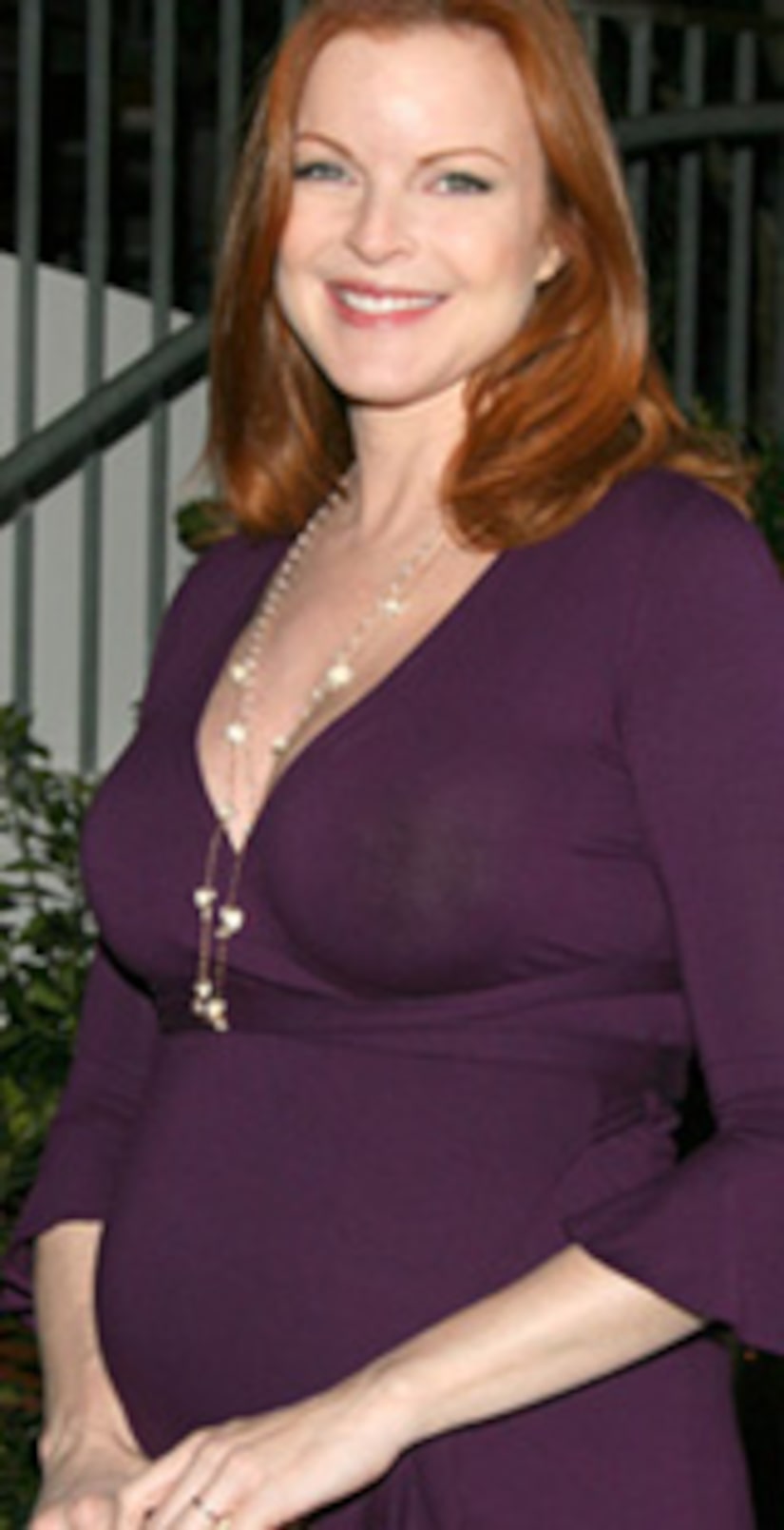 “Desperate Housewives” beauty Marcia Cross and her hubby Tom Mahoney aren't just expecting twins; their house is about to get an extreme makeover as the “Housewives” crew moves in!

In November, Cross told our Dayna Devon there was no bed rest in her future.

But more recently, Marcia's doctors had a different story for the beautiful “Housewife,” as they placed her on bed rest until the arrival of her little bundles of joy.

“Extra” has learned that the first floor of her Los Angeles home is being turned into a “Housewives” set later this week so that Marcia can film the last two episodes she was planning to appear in this season.

If you are a loyal viewer of Wisteria Lane, you've probably noticed it's been getting harder and harder for the show to conceal Marcia's pregnancy, as she's been hidden behind aprons, kitchen utensils and even bunt cakes!