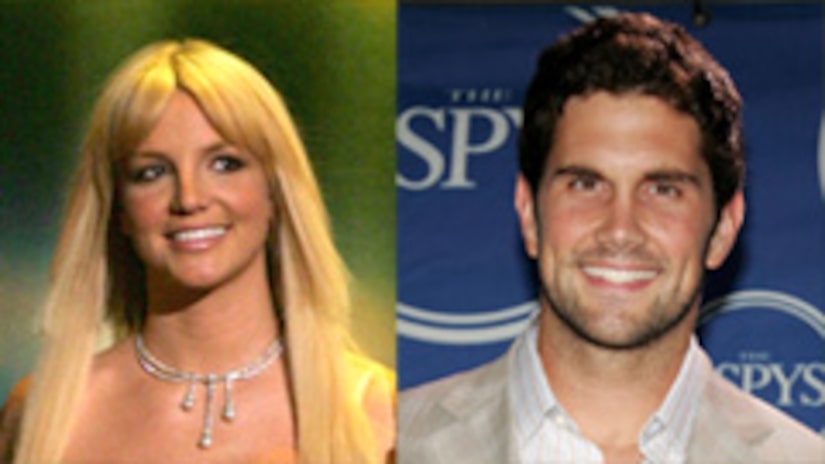 It's a new year and a new controversy for the always unpredictable Britney Spears.

The pop princess rang in 2007 at the Sin City hotspot Pure, where she reportedly passed out and fell to the floor just before 1 a.m.

So did the champagne sipping starlet party 'til she dropped? Or was she just plum-tuckered out, as her publicist insists, denying reports that the divorcing mother of two collapsed in the club?

Our Carlos Diaz was a VIP guest inside Brit's New Year's Eve party, and he said the bubbly Brit looked just fine about an hour before she left the party.

Britney even shared her New Year's resolution with us!

"Stop biting my fingernails," she dished. And, "Just to take care of me more, I think."

But does taking care of herself mean a new love for the New Year?

Insiders told "Extra" that on Friday night, Britney was cuddling up to NFL quarterback hottie Matt Leinart in Arizona.

While Brit found love in the desert, her ex, Kevin Federline, was spotted with a mystery woman on New Year's Eve in Miami before wrestling New Year's Day on WWE's "Monday Night Raw."