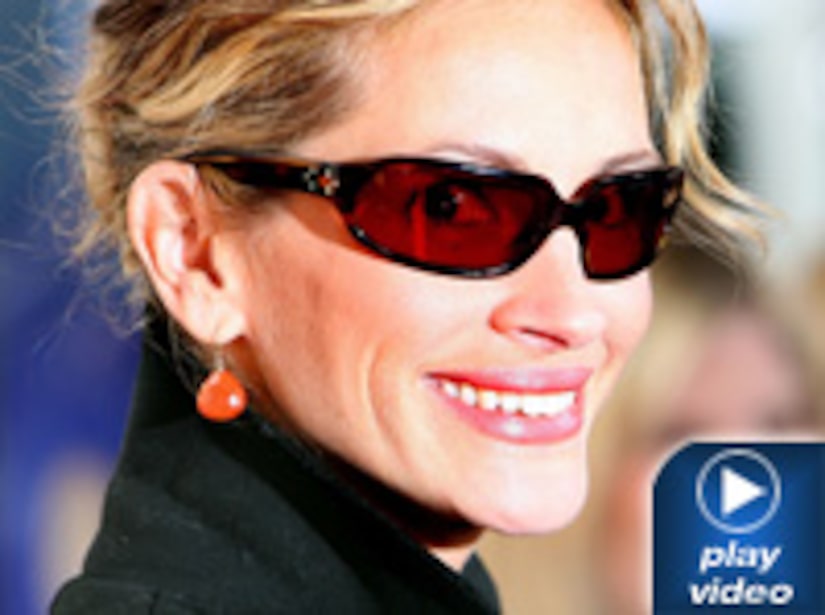 It's the biggest question in Hollywood: what are the stars doing for the holidays? Well, “Extra” made the rounds, and we found out how your favorite A-listers plan to celebrate.

Julia Roberts revealed that her agenda included introducing the little twins to that guy with the long beard.

Other stars, however, packed their bags in hopes of a white Christmas.

“I just like the holidays at home,” Nelly Furtado said. “Turkey and snowmen in Toronto.”

“We're actually going to spend it in Tahoe with some of our closest friends,” revealed “Lost” star Josh Holloway. “We haven't done a big friend holiday yet, so this is our first one.”

Meanwhile, it's not a Ryan Seacrest Christmas without fondue!

“We dip these long forks,” he told us. "And the key is not to burn your lip and don't eat the food off the fork, always scrape it.”

Ryan may be cooking, but Alicia Keys sure isn't.

“I buy [cookies] at the store,” she insisted. “Then you just warm them up.”

For most of the stars, however, the holidays are all about family.

“I'm taking a vacation with my family, which is nice, haven't done that in a long time,” Jessica Biel told us.

“I'm just going to be home with the family,” Dakota Fanning added. “We just got a little dog, about 5 months ago, so now we're trying to figure out what to do with the tree to block it off so she won't eat it all up.”

But for Carson Daly, it sounds like he wouldn't mind having a little less time with this…

“We're all so busy throughout the year,” he said. “So when we come together on Christmas Eve, we traditionally get together and sit at the table and fight.”

Well, whether they're having a ball or a brawl, the stars are truly proving that this is the most wonderful time of the year.