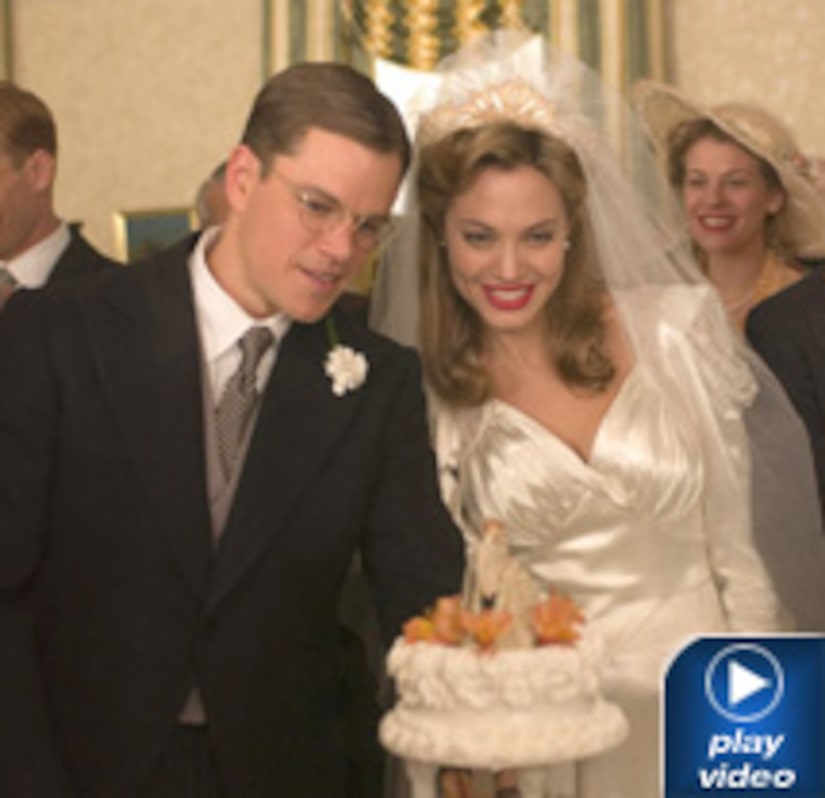 In their new movie, “The Good Shepherd,” Matt Damon gets hot and heavy with Angelina Jolie, which could create a sticky situation if Matt and Angie's real-life boyfriend Brad Pitt weren't such close friends.

But the lip lock and love scenes were all in a day's work for Damon and Jolie, who co-star in their star-studded spy thriller.

The sexy actor admitted to “Extra” that he was worried about how Brad, as well as his own wife Luciana, would react to their love scenes.

“She's fine with it,” Damon said of Luciana. “She knows Angie and Brad, obviously, so you know I think it was probably more awkward for me and Angie.”

“He's a great friend,” Angelina said of Matt. “Nobody has a bad thing to say about him. He's nice. He's a great father; nothing dark about Matt.”

Matt's real-life persona is a far cry from his mysterious role in this new flick, directed by Robert De Niro.

“We all know him as such a lovely person, so it is a big transition for him to do this,” Jolie said of Damon's on-screen portrayal.

But Matt wasn't the only one whose true talent was tested in this exciting new movie; Angie admitted she too was challenged by the unexpected twists.

“I had to read it three times before I completely understood it,” she confessed. “It was a great, complicated piece to work on.”

So how'd he loose it? “Just a lot of running,” Matt said.

Now Matt is getting ready to reunite with Brad, George and the rest of the old gang in “Ocean's 13,” and “Extra” got a sneak peek from the insider himself.

“Al Pacino plays the owner of the casino this time that we have to take down, so it should be a good one,” Damon dished.

“The Good Shepherd” opens in a theater near you Dec. 22.