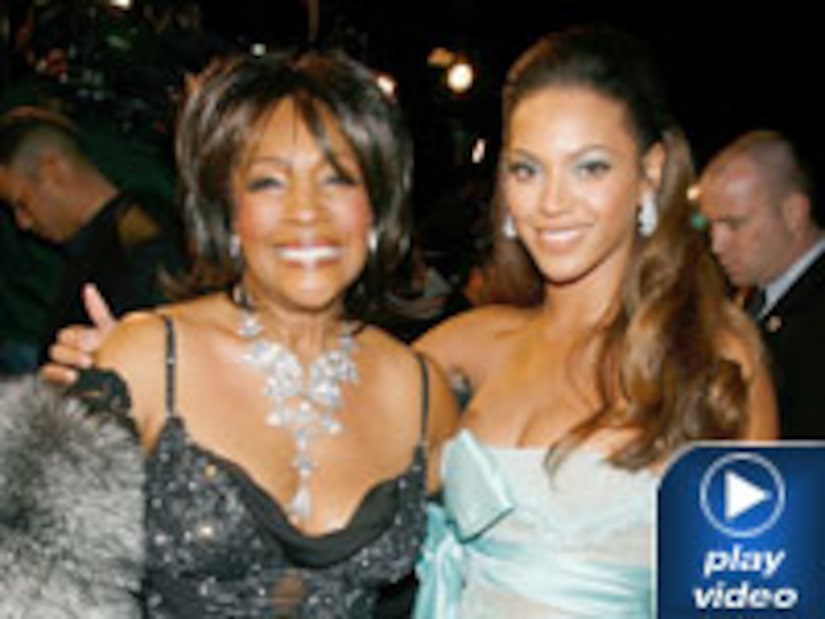 It was a dream come true for the cast of "Dreamgirls" Monday night, as Beyoncé, Jennifer Hudson, Jamie Foxx and Eddie Murphy encountered a Supreme surprise on the red carpet: one of the original Supremes, Mary Wilson.

As the all-star ensemble hit the L.A. red carpet alongside fellow A-listers including Teri Hatcher, Dr. McSteamy, Shirley MacLaine, Snoop Dogg, Vivica A. Fox, Paula Abdul and Randy Jackson, they had no idea "Extra" was about to unleash our very own secret weapon.

Wilson, who is enjoying a resurgence in fame thanks to the DVD, "Reflections: The Definitive Performances," was part of the legendary group whose story loosely shaped the "Dreamgirls" script.

When our "Extra" special correspondent stepped out on our behalf, she herself created a photo frenzy and left the "Dreamgirls" cast in utter disbelief.

"This is all very surreal to me," Beyoncé admitted. "If it wasn't for you and The Supremes, Destiny's Child, well, everyone, we wouldn't have had the success that we've had."

Even Snoop Dogg was in musical awe over the legend. "It's a beautiful thing to be in your presence, baby," the rapper admitted.

From Teri Hatcher's sing-along to "American Idol" judges Paula and Randy, who came out to praise Jennifer Hudson, it was a night to remember.

"I just believe in myself and I held onto my dream," Hudson revealed.

Meanwhile, the dream may continue for the cast of "Dreamgirls," as buzz mounts that they could be picking up a few golden trophies this awards season.

"I'm so nervous this week," Jennifer continued. "The pressure is on."

So where can we find Jamie Foxx Thursday morning for the Golden Globe nominations?

Judge "Dreamgirls" for yourself when the film opens everywhere Christmas Day.