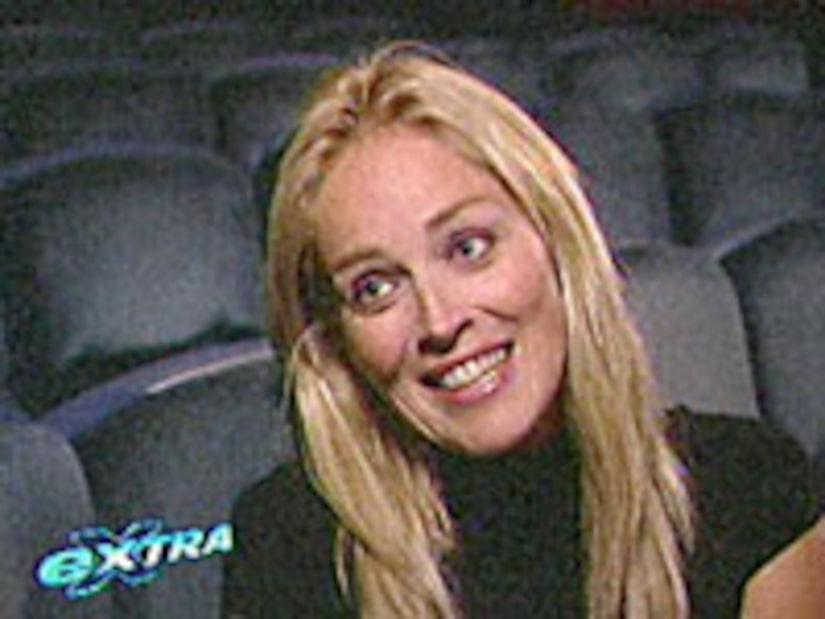 Sharon Stone got candid with "Extra," opening up about finding Mr. Right, motherhood and her critically acclaimed new film, "Bobby."

"It's an extraordinary film," Sharon promised. "When I first saw the film, I thought, 'Wow.'"

"Bobby" received a standing ovation at the Toronto Film Festival this week, but Sharon gave all the praise to her co-star, Demi Moore: "Her performance in this film… well, you'll see."

The other movie that holds a special place in Sharon's heart is "Milarepa," a film about a Tibetan mystic made by Buddhist monks. All proceeds from "Milarepa" go to help orphans in the Himalayans.

"You know I'm kind of a sucker for that," Stone admitted.

"There is no joy like the joy of being a mom," Stone said. "We are now in the basketball team. Believe me, they're all in the driveway with the ball."

Sharon revealed she has never asked for a specific race or gender when preparing to adopt. "I just see what happens," she said. "I ended up with three fair-haired, blue-eyed boys, so I think that's what was meant to be."

Although Sharon said she would like a significant other, she added, "I'm not at the point where I want to settle with someone who doesn't have a sense of personal dignity."

But don't expect Sharon to shy away from the spotlight. "I don't consider that because I don't have secrets," she said simply. "So I can live my life out loud."