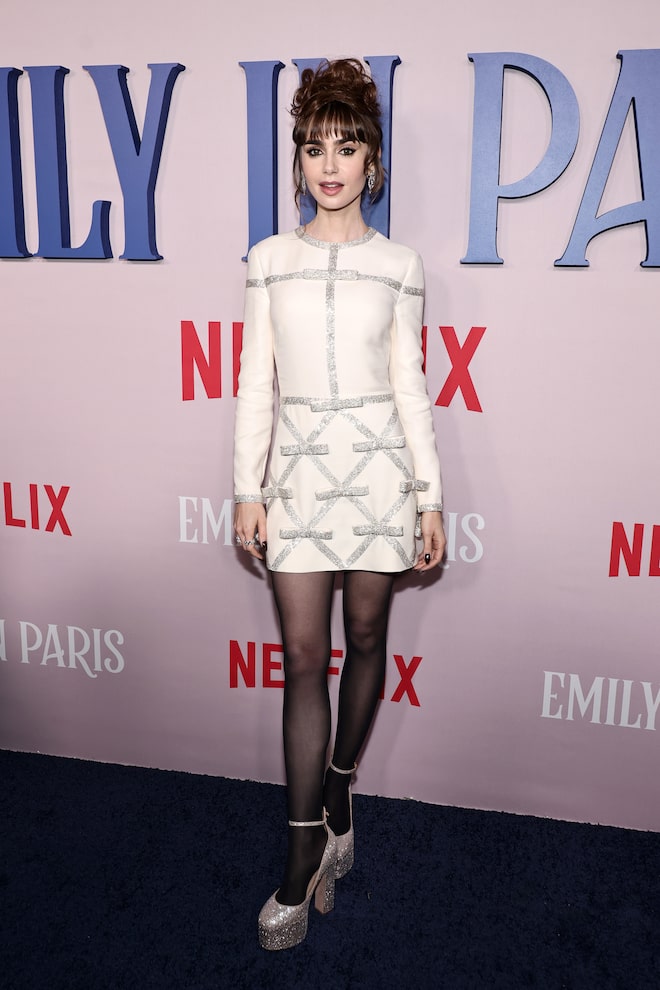 Lily Collins dished with “Extra” about Season 3 of “Emily in Paris” as she stepped out for the show’s NYC premiere.

Collins added, “I think it comes down to the finale when you think you know what's going to happen and then it just, it all just changes.”

As far as romance goes, she revealed, “There's a lot of love triangles. There's a lot of new shapes, big geometry lesson… there's alot of just choices this season. It's a season of choice.”

Emily has bangs this season, and Lily explained, “I wanted to do bangs forever and I finally did it and took the plunge and then they're like, ‘Do you want to keep it for the show?’ and I said, ‘Of course I do!’ I feel like it's a life decision that Emily is now making for herself.”

She also reacted to buzz about Kim Cattrall possibly joining the show, after Kim supported creator Darren Star (of “Sex and the City” fame) at the Paris premiere.

As for “Emily in Paris” being a huge hit, she said, “You hope it resonates with people and you know we had the show come out when the world may have needed to laugh and smile more than ever and that's been the greatest gift of all, having people really resonate with the characters in the storyline and the optimism but this is wild. To be able to premiere here, to premiere in Paris, to celebrate for the first time at the Eiffel Tower, in the Emily in Paris Theater… it just feels so special and real and we’re just so grateful to Netflix.”

“Emily in Paris” is on Netflix December 21. 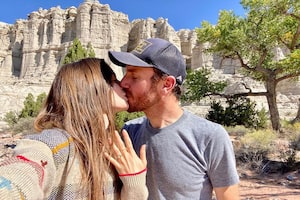 Lily Collins Dishes on Engagement to Charlie McDowell, Plus: Her New Movie ‘Mank’ 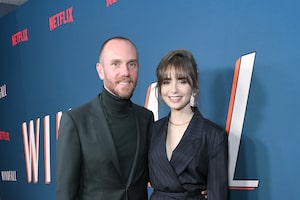 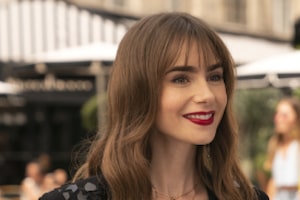