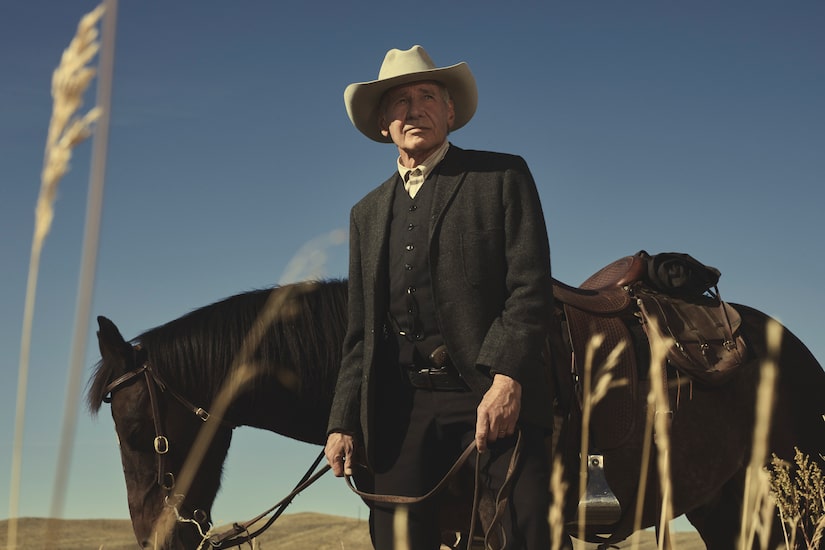 Harrison Ford is ready for war in his new ‘Yellowstone’ prequel series “1923,” with Helen Mirren by his side as his bonnet-wearing, gun-toting wife.

“Extra’s” Terri Seymour spoke to both Harrison and Helen about their roles and teaming up again 36 years after “The Mosquito Coast.”

Harrison noted that it was “a pleasure” to reunite with Helen, who he described as a “powerful presence.” He added, “It’s been very easy to resume our relationship. I love working with her.”

Helen pointed out, “There was an instant love, and I think that manifests itself on the screen. We feel utterly comfortable with each other.”

On the show, the two play a married couple who have overcome struggles amid the rise of Western expansion and the Great Depression.

She commented, “When a marriage has been that long and that successful, it’s been through all sorts of, you can imagine, the struggles and the arguments and everything they’ve been through. Every marriage does go through that, but they’ve come out the other side of all of that as absolute really great, equal partners.”

Harrison is as busy as ever at age 80. He just signed on for the next Captain America movie and he’s back as Indiana Jones for one more ride next summer!

When asked how it felt to grab the whip and the hat again for his Indiana Jones role, Ford said, “It was easy to get back into it. I think we have a wonderful story to tell and I’m very happy with the film.”