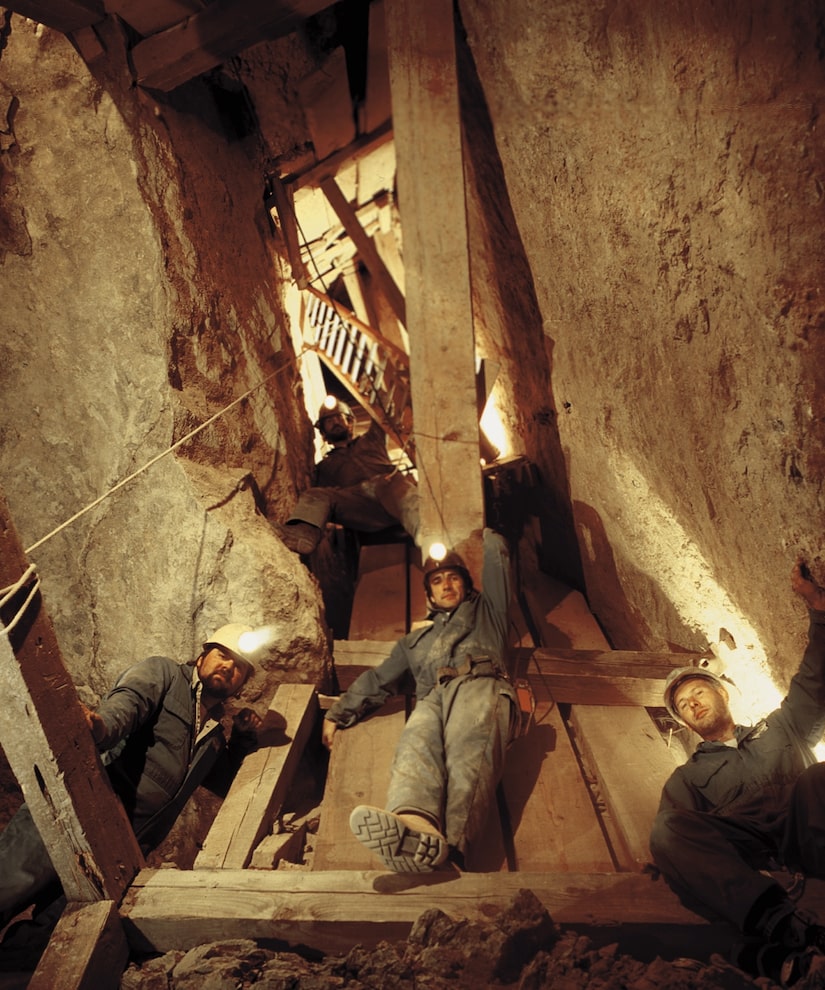 “Gold, Lies & Videotape” is about to take viewers on the ultimate treasure hunt with a new six-part docuseries on Discovery. Watch the promo!

The show is all about the Noss family’s quest to recover what today would be a $28-billion fortune buried in a mountain in New Mexico.

Back in 1937, Doc and Babe Noss purportedly discovered a cavern full of treasure — like gold bars, jewelry, and coins — hidden in Victorio Peak. While trying to extract the bounty, an accident sealed the only entrance, which the show says led “to a series of calamities and, ultimately, murder.”

Afterward, the government annexed the land and the family was forced to move. Over the years, the show adds, “reports began to surface of others, including rogue government agents, pilfering the Peak and taking the gold bars, leading to lawsuits, illegitimate claimants, and clues pointing all the way to the White House.”

Now, the Noss’ grandson Terry Delonas is still fighting for access to the mountain and the rumored treasure.

“Gold, Lies & Videotape” is from EPs Mark Wahlberg, Stephen Levinson and Archie Gips’ Unrealistic Ideas. The series premieres on Discovery at 9 p.m. on January 13, and will be available to stream on discovery+ the same day.