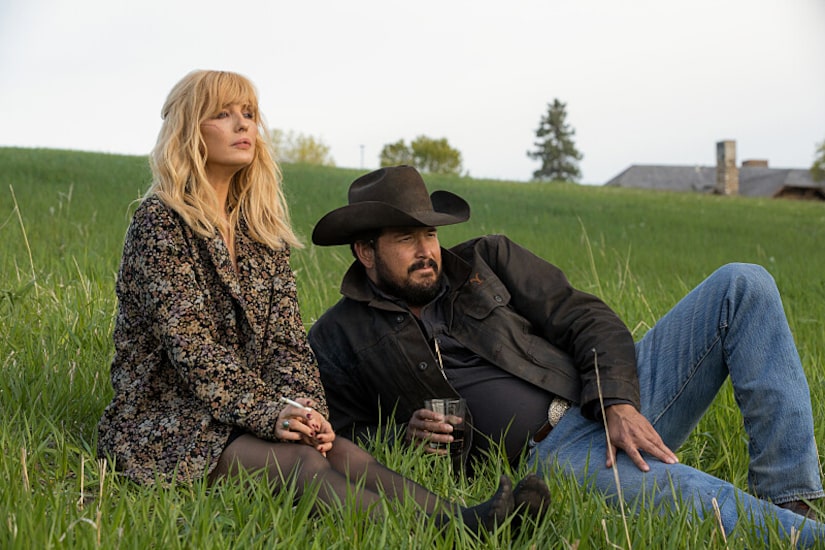 Kelly Reilly is back as John Dutton’s daughter Beth in Season 5 of ‘Yellowstone’!

“Extra’s” Melvin Robert spoke with Kelly about what’s in store for Beth and her new ranch hand husband Rip, and teases a cowgirl adventure for Beth!

Things are getting emotional on the western marriage front!

Kelly dropped a spoiler alert, saying, “Later down in the season, Beth goes on one of the big rides to collect the cattle and she becomes a cowgirl for a few days and she loves it.”

“I loved playing that part of Beth because you see her so often in a suit and she’s working and fighting,” Kelly noted. “To actually see her in the elements on the back of a horse, a daughter of a rancher, a wife of a cowboy, was fun for me to play… to see her find excitement and happiness and smiling.”

Reilly hinted that Beth’s cowgirl adventure “maybe a hint of what’s to come in the future if there were to be a happily ever after.”

Kelly also dished on a particular scene where she “couldn’t believe” Beth’s actions, adding, “It was extreme for Beth and I had to really try and understand why she would do that. I think the driving force for most of the things she does is to protect her father.”

When Melvin praised Kelly’s portrayal of Beth, she admitted that she’s gets insecure watching episodes. She explained, “She’s such a force of nature… she can be so extreme that sometimes it’s hard to watch. I’m so different personally than her. There are definitely episodes in the past where I’ve just gone, ‘Oh, my God.’ I just acted out of insecurity, but I’m also deeply proud of the work.”

As for working with Kevin Costner, Kelly described it as a “trip.” She went on, “I feel so grateful and so blessed to get to play this woman and to be in Montana and film in these locations.”