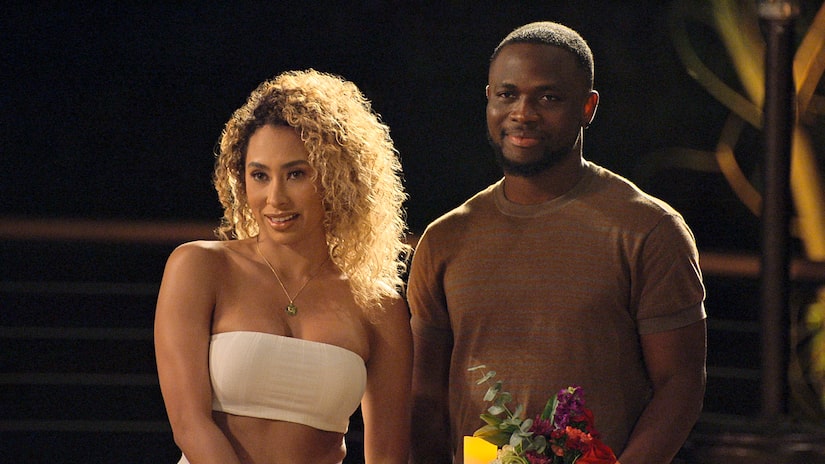 SK Alagbada is explaining his decision to say no to Raven Ross at their “Love Is Blind’ Season 3 wedding!

“Extra’s’ Katie Krause” spoke with SK about his tough decision and the status of their relationship now. He said, “I think the biggest thing that pushed me over the line or didn't push me over the line was, you know, lots of the fundamental differences we had on major things that were important to me are important in our relationship. I just felt like in the moment adding a marriage on top of that would not make those problems go away, or at least make those differences get resolved. We had different opinions on the role family plays in a relationship or in a marriage. The fact of her not being open or flexible to moving to California was also big, amongst other things.”

“I just didn't feel like at the moment, and even if I had said yes and we got married, I would have had to move in the next 23 or 24 days right after that,” SK admitted. “That would have been very difficult. I didn't think our relationship was in the point to be able to withstand that.”

While they appeared to have broken up after the wedding, it looks like the couple are giving their love another try after SK initiated the conversation!

He revealed, “[I] just reached out and apologized. It was very heartbreaking, watching her cry.”

Without saying too much, SK said of their future, “We're taking things [one day] at a time, you know? Just working our way through things, and I'm excited about the future.”

Will Raven move to California? SK played coy, saying, “We will find out.”

Katie also caught up with Raven, who shared her take on her relationship with SK. She commented, “SK can I both had so much growth, like, our journey was so beautiful and it was so great to be able to rewatch it. I smiled so many times.

“You know, we've definitely spoken since our wedding,” Raven went on, without confirming their reconciliation.

When Katie asked if they were back together, Raven quipped, “You all will have to stay tuned.”