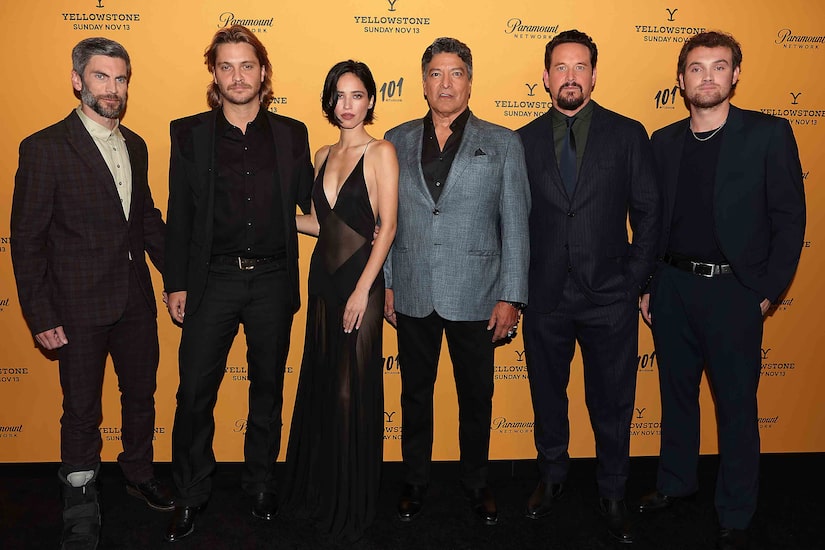 Get ready for more sex, money, power, and politics and this upcoming season!

While Kevin Costner is “working his tail off” on another movie, Cole teased what to expect from his character Rip Wheeler, who is now married to John Dutton’s daughter Beth.

Cole shared, “This year’s totally different. There’s a lot of Beth and I, our relationship being married.”

He added, “My character’s trusted into responsibility of taking care of the ranch because of [John] going off and being the governor.”

Hauser described his character as a “survivor” and “an animal of Montana,” adding, “I don’t know if there’s anybody better that could navigate that family than him.”

Wes, who plays John’s adopted son, teased that there will be some high stakes political drama, too! He said, “The political intrigue is gonna be very interesting… We have a lot of cliffhangers again, there are some fight scenes, it’s intense.”

“I think more intense than ever,” Bentley stressed, “because I think we’re at the inflection point, where John and his decisions, he’s backed himself into a corner, and what’s he gonna do next?”

Things are also intense for John’s other son Kayce, played by Luke. He commented, “I think that’s what people love about it, just how resilient these characters are. There’s something overpowering them at all times but they just keep getting up and I think that’s something we can all look up to.”

Luke’s wife in the show is played by Kelsey Asbille. She noted, “I think, for the first, time, she really understands the role she plays in this family.”

What would happen if you pit the Duttons against the Roys from “Succession”? Luke answered, “I love ‘Succession,’ by the way… I’m obsessed with that show. But c’mon.”

Wes added, “If it’s a fight, we definitely win. If it’s a clever quip, I think they got us beat.”