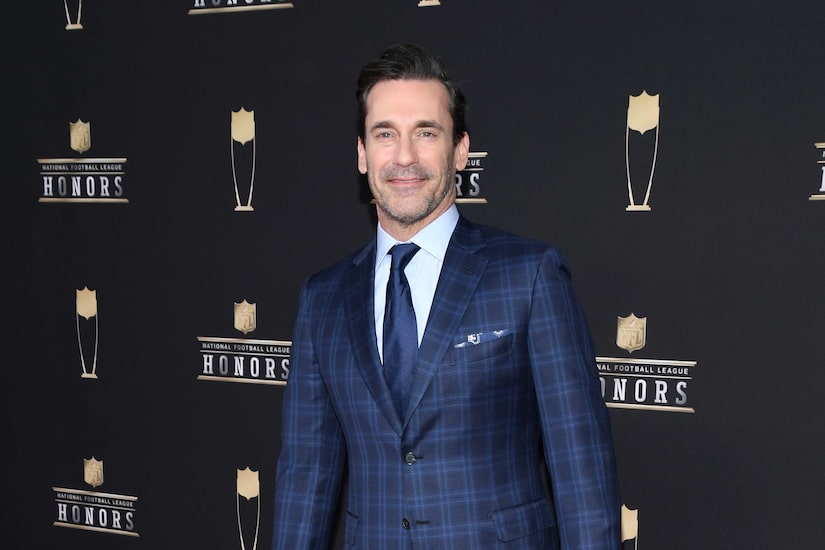 Jon Hamm is joining Jennifer Aniston and Reese Witherspoon on the AppleTV+ series “The Morning Show” for Season 3, but he’s tight-lipped when it comes to spoilers.

“Extra’s” Jenn Lahmers chatted with the star and tried to ask about his role, but Jon joked, “I think if I started talking about it, a little man from Apple would come out and hit me in the kneecaps with a tiny, apple-shaped baseball bat. So I don't think I'm allowed to… although it would be a very stylishly designed baseball bat.”

He did, however, praise the cast and crew, saying, “I’m having a lovely time… it’s a real pleasure to work on the project.”

Hamm was happy to talk about his new film “Confess, Fletch,” a reboot based on Chevy Chase’s character from the cult classic.

This time it is Jon’s turn to play the bumbling amateur detective, but that is where the similarities between the movies, inspired by the “Fletch” series of books.

Jon told Jenn, “Chevy made a very specific movie… that was specific to his particular comedic talents.”

He added, “My process was much different than Chevy’s. I was almost able to just submit myself to what the character looked like in the book, for me.”

In the movie, the detective is investigating a high-dollar art heist… and becomes a suspect in a murder.

Jon teamed up with his friend and director Greg Mottola for the film, who shared, “Fletch is a guy who has no problem lying, scamming, and breaking the law to solve a crime.”

“Confess, Fletch” is streaming and in theaters now.