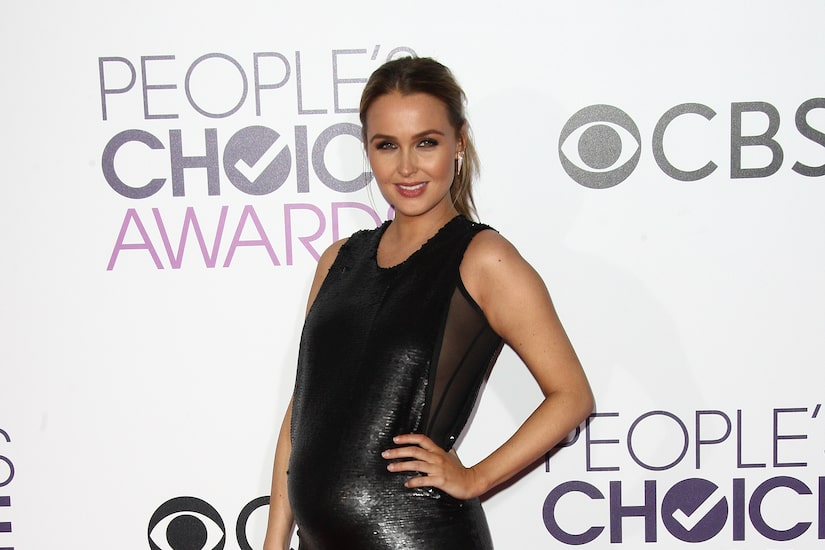 “Grey’s Anatomy” stars Camilla Luddington and Jake Borelli are dishing on Season 19 of the ABC hit!

“Extra’s” Rachel Lindsay spoke with Camilla and Jake about the friendship between their characters Jo and Levi.

Jake commented, “I have to say our friendship is my favorite thing in the entire show… Levi relies a lot on Jo this season, especially before, to get a job back.”

Camilla chimed in, saying, “I feel like they’re… love/hate; they’re mostly love. But like in that first episode… they butt heads in a way that they’re not on speaking terms by the end of it. But it’s funny. They’re always funny together.”

Jake joked that he’s been “pitching” for Jo and Levi to get back together, before Camilla recalled a “hysterical” scene they shot together “a million seasons ago.”

Camilla noted that her character “is not having any sex” and “not dating anybody” since Jo broke up with Todd last season. Jo and her roommate Link have a “very interesting dynamic,” but could we see them out of the friend zone?

She quipped, “I can tell you that I have not seen the script yet where that happens.”

While Camilla loves Jo and Link’s friendship, she’s totally “in” if they decide to be more than just friends.

As for the new cast members joining this season, Camilla described their energy as “very contagious.”

Jake added, “Literally I’m always texting all of them to hang out outside of work because I’m like, I just want to be everyone’s friend.”

Jake is a “hardcore” fan of the show, saying, “I have literally seen every episode twice.”

Camilla added, “We are 100% get invested in everyone’s storylines.”