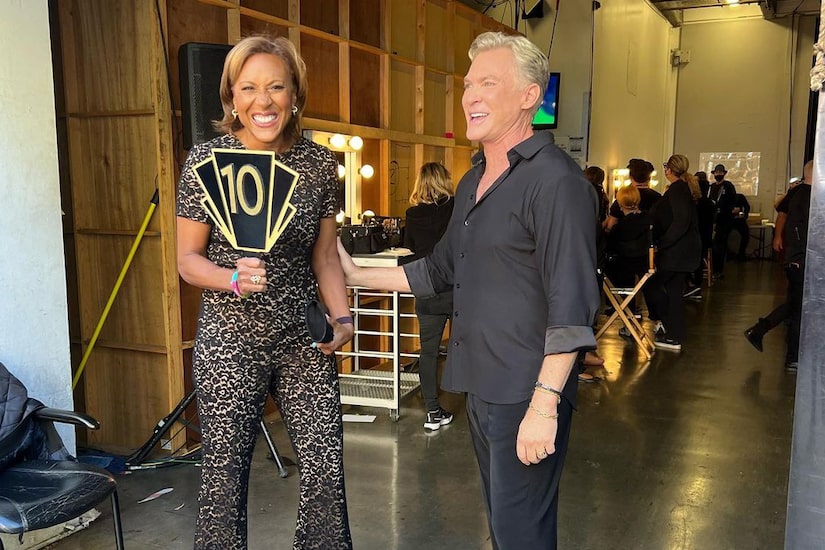 “Good Morning America’s” Sam Champion had his own cheering squad at “Dancing with the Stars” last night, including anchor Robin Roberts and her partner Amber Laign, as well as Gio Benitez and “Extra’s” own Tommy DiDario.

“Extra’s” Melvin Robert caught up with the group backstage after Champion was saved by the judges in a bottom-two battle with “Charlie’s Angels” star Cheryl Ladd.

Melvin asked Sam, “Were you nervous tonight that all your people were here?”

He shared, “Yeah, it adds something a little extra to the fact that you know the people you love are sitting right there beside watching you shake things they've never seen you shake before.”

Champion danced the samba with Cheryl Burke, and Robin teased, “I've seen him dance before. I know what she had to work with.” 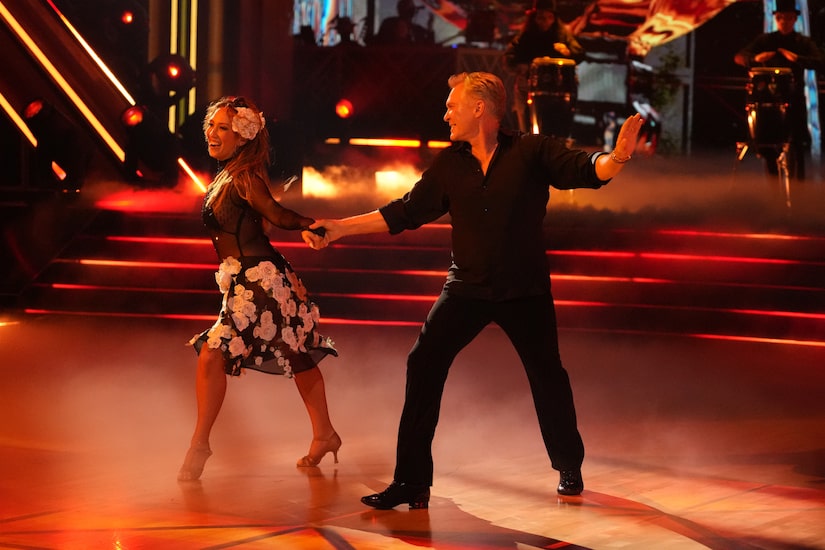 During the episode, Sam also opened up to his pro partner about his sexuality. Melvin commented, “You talked about coming out and you talked about your journey,” calling it “amazing” and “inspiring.”

Sam told him, “I want people to understand you’re not alone, you can do it, and to make that decision will make your life better. I know it is going to be difficult… but your life gets better after that.” 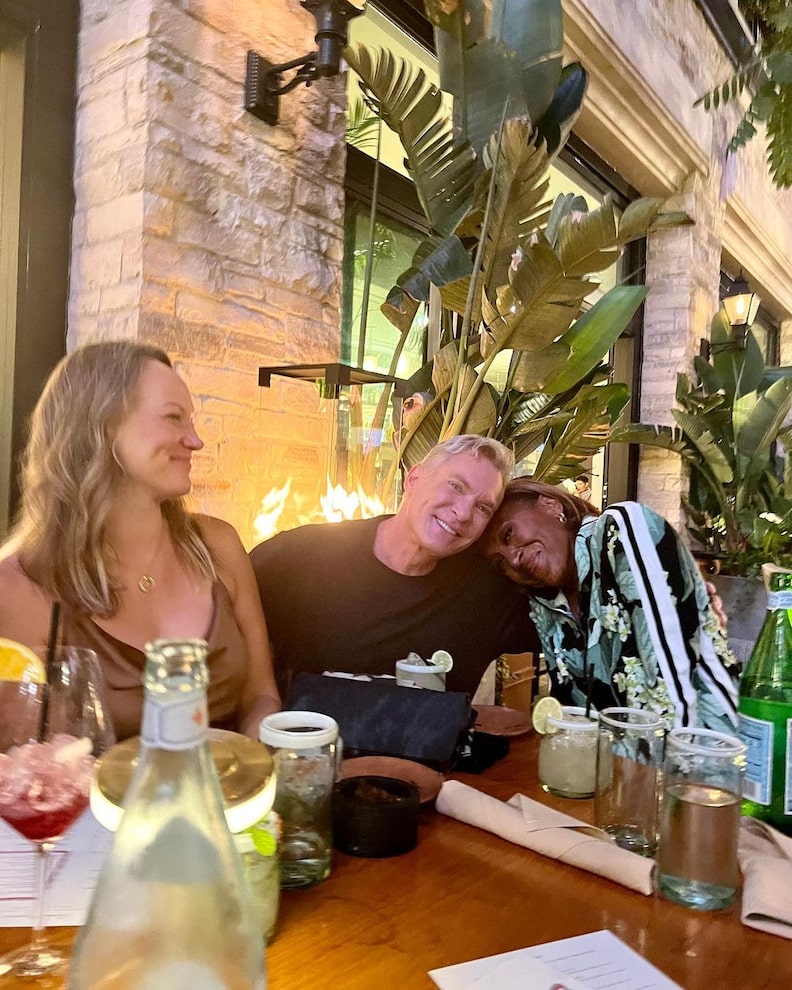 Melvin asked Robin what Sam means to her, and she shared, “Sam helped me to be more public about this woman right here,” as she gestured to Amber. Adding of their relationship, “Almost 18 years.”

She went on, “But more than that, to see him venture outside of his comfort zone and to see someone like Cheryl take such great care… I almost had tears in my eyes watching him on the floor tonight. That was beautiful.”