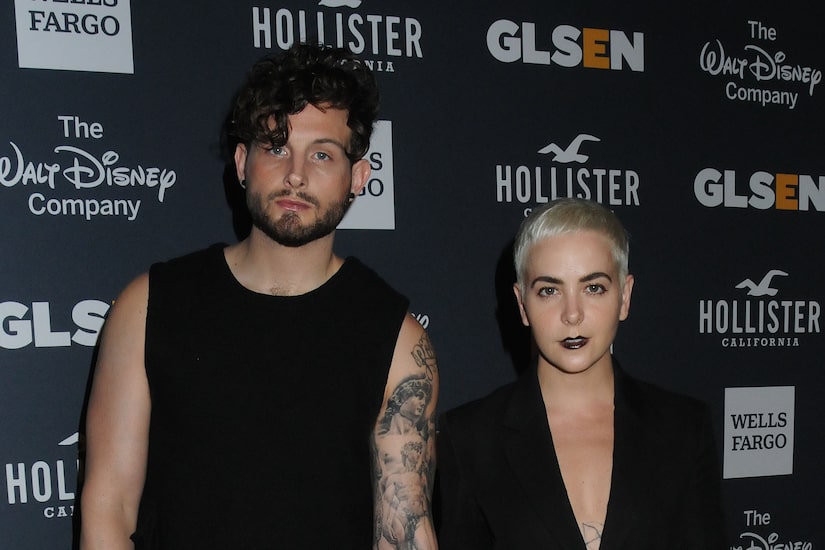 “Younger” star Nico Tortorella and wife Bethany C. Meyers have a baby on the way!

On Thursday, the pair announced that they were expecting their first child.

Along with a series of photos, Bethany shared on Instagram, “There is so much to tell you all about this unexpected story of how we finally conceived, but today I just want to sit in the excitement of getting to share our news with all of you. Our [rainbow emoji] baby is in my belly.”

In a statement to People, the pair opened up about their journey to conceive. They said, “We’ve been trying to conceive for almost two years and we’re happy to announce our baby finally decided the time was right. As anyone with an infertility journey will tell you, it’s not easy.

“After months and months of heartache and unknowns we are beginning to see just how much magic and healing this process has already offered,” they continued. “Of course, we still have a ways to go, and we know some days will be more difficult than others. But, today is a celebration. Today we are one step closer to becoming parents. All of it is you, baby.”

Last year, Nico admitted that the process was a struggle. During an appearance on the “Call Her Daddy” podcast, they said, “It’s a f**king process. I just wished we learned more about how to get pregnant and not about how not to get pregnant.”

“I’m in this place now with sex where I think it’s f**king stupid,” Tortorella quipped. “I love sex, don’t get me wrong; it’s such a beautiful thing, it’s an extension of love. But from a physical standpoint, this idea of just, like, a quick fix — it’s like getting high. It’s like getting off. I’m just living in a different, higher chakra, so to speak, right now.”

“I’m addicted and in love with the idea that I will have a child soon, and all of my energy is directed to that person,” Tortorella stressed. “It’s okay to put my, you know, ‘alternative’ sex life on hold for a minute. It’s not going away entirely. ... It bends and shifts.”

Nico and Bethany have been married since 2018.