In the docs, obtained by DailyMail.com, Wilde says Jason tried to “embarrass” her professionally by serving her custody papers at CinemaCon in April, calling the move “aggressive.”

The moment made headlines, after Wilde was handed an envelope onstage during her presentation for “Don’t Worry Darling.”

She said in the filing, "Jason's actions were clearly intended to threaten me and catch me off guard. He could have served me discreetly, but instead he chose to serve me in the most aggressive manner possible.” 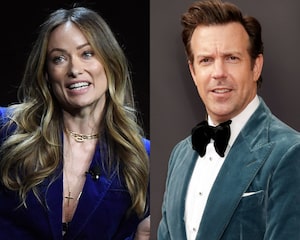 The exes share Otis, 8, and Daisy, 5, and Olivia continued, "The fact that Jason would embarrass me professionally and put our personal conflict on public display in this manner is extremely contrary to our children's best interests.”

Meanwhile, DailyMail.com says that Jason said in his own filing that he never intended to have Olivia served on the CinemaCon stage. He had requested she be served at Heathrow Airport, and also acknowledged some plans to have her served at the hotel she was staying at during CinemaCon didn’t work out.

"I understand that the process server had only done her job; however, I deeply regret what happened," he said. "Olivia's talk was an important event for Olivia, both professionally and personally, and I am very, very sorry that the incident marred her special moment." 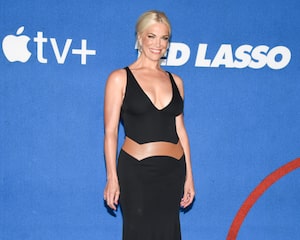 Wilde has since moved on with Harry Styles, and Jason said in his filing, "I did not want service to take place at the home of Olivia's current partner because Otis and Daisy might be present."

He added, "I did not want service to take place at the children's school because parents might be present.”

According to the DailyMail.com, Jason and Olivia had previously split their time between New York, Los Angeles and London, but now they are struggling to agree on a location.

Back in April, a source told People, "Papers were drawn up to establish jurisdiction relating to the children of Ms. Wilde and Mr. Sudeikis."

"Mr. Sudeikis had no prior knowledge of the time or place that the envelope would have been delivered as this would solely be up to the process service company involved and he would never condone her being served in such an inappropriate manner.”

The exes started dating around 2011 and got engaged in 2013. They went on to have Otis and Daisy, but split in 2020. She went public with her romance with Styles, the star of “Don’t Worry Darling” in January 2021. 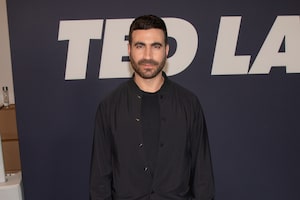 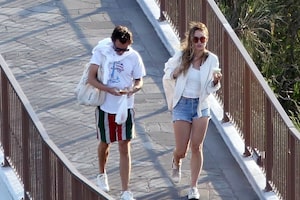