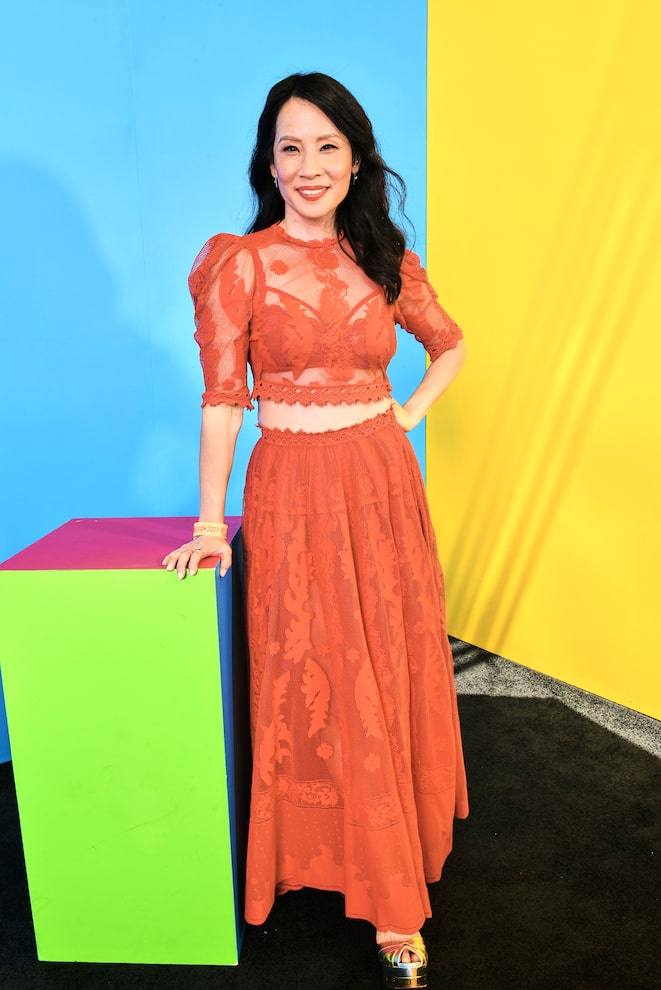 Lucy Liu’s new film “Shazam! Fury of the Gods” dropped a new trailer at Comic-Con over the weekend, featuring the two antagonists Hespera (Helen Mirren) and Calypso (Liu) in action.

“Extra’s” Katie Krause caught up with Lucy after the presentation, and she talked about the role and reflected on it being almost 20 years since she made the female-forward movie “Charlie’s Angels: Full Throttle.”

Liu recalled, “‘Charlie’s Angels’ was one of the first movies with women working together and having more than one female in the movie. I remember they were having a difficult time trying to figure out how to put three women on a magazine cover… It feels like things have changed so much… I think before that there was this whole idea of women being catty and not getting along, and that’s not the case.”

Her co-star Cameron Diaz is coming back to acting, so could they team up again? “I think we teamed up as moms,” she said. “It’s really nice we are all moms now, since that time. It’s just a different phase of our lives.”

Meanwhile, she compared the energy in Hall H for “Shazam! Fury of the Gods” to a “lightning bolt.”

Helen couldn’t be there, so she instead sent in a video emphasizing girl power. Lucy said, “That’s something that we talked about a lot… Somebody so lovely gave us all these… needlepointed p*ssy-power framed panels we all have. I have mine in my room.”

She shared, “We formed the ultimate friendship —me, Rachel [Zegler] and Helen… There was this immediate camaraderie between us, and not because we were sisters in the show, but because we felt so close. I was really honored… As soon as they said Helen was in it, I said, ‘I’m in.’”

So how is this different from the original “Shazam”?

“I think we bring energy because we work as a trio… We are a family… It’s nice to combine our two different families and see which direction we are both going in.”

Saying she isn’t playing a villain, “I think she is just a bad-ass.”