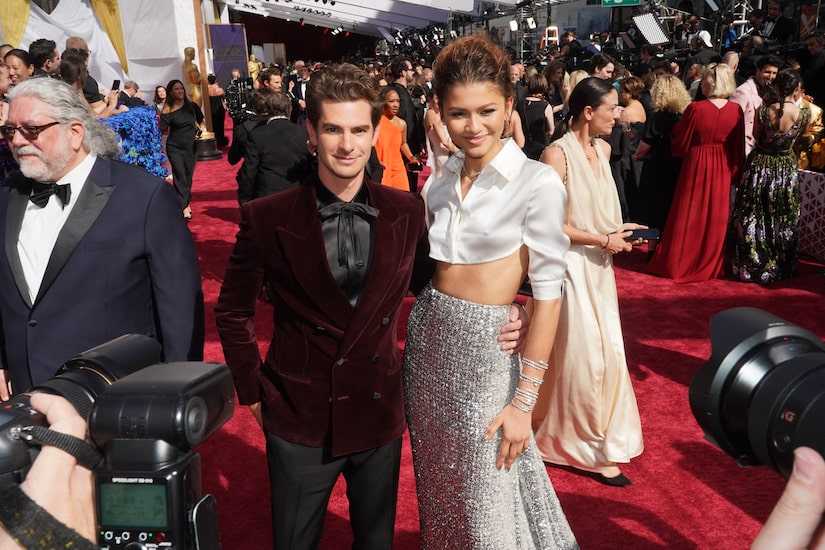 On Wednesday night, Andrew Garfield hit the red carpet at the TIME 100 Gala.

“Extra” caught up with Andrew, who reflected on the honor of being included on the list, as well as raving about his friend Zendaya.

Andrew called Zendaya “inspiring,” adding, “I’m just grateful to be able to rub shoulders and be with people that want to make a positive difference in the world in their short sacred time on this planet, and she’s one of those people… She’s an angel for the good.”

Zendaya and Andrew recently sat down for a one-on-one for Variety’s Actors on Actors issue.

They recalled their time on the set of “Spider-Man: No Way Home.” Zendaya told Andrew, “You guys had me dying — like crying laughing — in-between takes all the time.”

Andrew also praised Zendaya for her role as Rue in “Euphoria.” One of the episodes even had Andrew concerned for her mental well-being. He said, “I think it was Episode 5. It’s one of the most relentless episodes of television I’ve ever seen. I’m starting to get to know you better, but to have access to that kind of awfulness and the damage and pain, and to make it so human. I was like, ‘Are you okay?’ How did you make sure you were okay while you were doing that?”

She commented, “It’s tough. And I thought what was actually quite sweet was when that episode did air, I did get a lot of messages from people checking in on me, which I appreciated.”