Lenny filed for divorce on Friday after 12 years of marriage. The plastic surgeon cited “irreconcilable differences,” adding that the “marriage is irretrievably broken and there is no present hope for a meaningful reconciliation.”

The docs state that Lisa and Lenny agreed to “dissolve their marriage at least a month ago.”

Lenny will pay spousal support, per a prenup. He also intends to “fully provide” for the needs of his children Logan, 6, and Elle, 2. In terms of custody, he requested “frequent time-sharing” with Lisa.

Last week, Lenny opened up to Page Six about the split. He told the paper, “Lisa and I are getting divorced. A few weeks ago, I denied this because I am trying my best to protect my family during this process. This is a very difficult time, and I would ask for some privacy so that we can best take care of our children who mean the world to us.”

He also confirmed he has moved on with model Katharina Mazepa, insisting, “None of this happened until after the decision was made to get divorced.”

“I tried my best to avoid it for the sake of our children, who we love deeply. We have been living separate lives for months and made the decision to divorce last month,” he said. “It was after the decision was made that I started seeing Katharina. This is something that Lisa was well aware of before it happened. Our issues have nothing to do with the filming of the show.”

Hochstein, however, told Page Six in a statement last week that she was “blindsided” by Lenny’s “behavior and reckless handling of the situation.”

She added, “With two young children involved, as a mom I’m going to focus all of my energy and time on them.”

Mazepa, 26, also spoke out to the paper, saying, she is “not the reason for their breakup” and wouldn’t date a man “who is happily married.”

Lisa responded, telling the outlet, “I don’t blame [Katharina] for what’s happening; we all choose different paths to get ahead in life. I feel blindsided by a man I’ve dedicated my life to.” 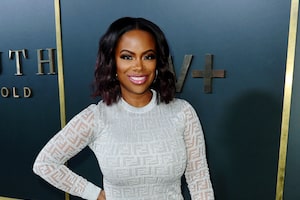 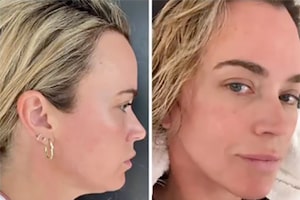 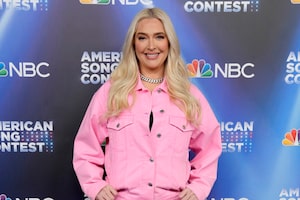