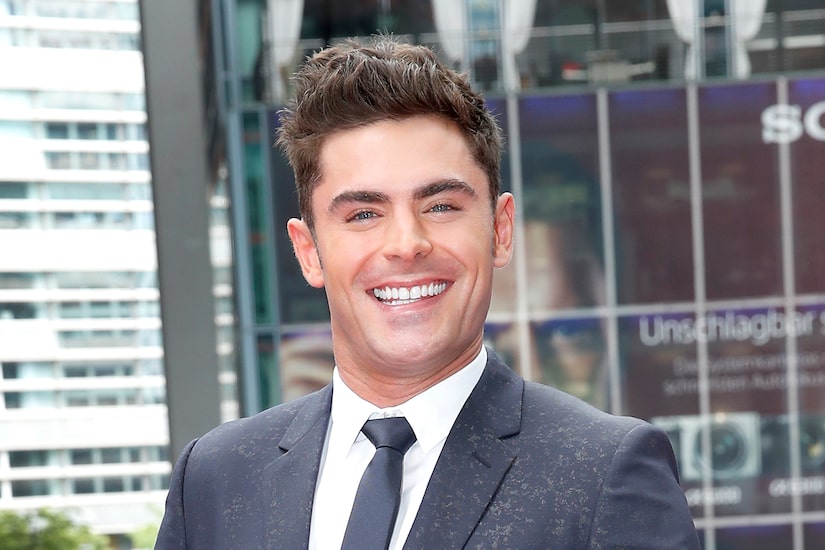 Zac Efron is ready to play a superhero, finally reacting to fans calling for him to join the Marvel Cinematic Universe!

“Extra’s” Katie Krause spoke with Efron about his new movie “Firestarter,” as well as possibly joining the MCU!

When asked if he would ever be interested in playing a superhero, Zac said, “I love the Marvel Universe… I've been a fan of Marvel since I, you know, started walking, so, you know, if there's, if the right character comes along and, you know, they want me to jump in, I would, I would jump at the opportunity!”

Zac was joined by his younger co-star Ryan Kiera Armstrong, who plays his daughter in “Firestarter.” When Ryan said she’d “watch” Zac as a superhero, he crossed his fingers, saying, “We’ll manifest it.”

Zac is playing a dad for the first time in “Firestarter,”  the new horror film based on Stephen King's classic book about a girl with pyrokinetic powers fighting to save her family from evil forces trying to capture and control her.

Zac admitted that he “didn’t think about the father aspect too much,” but his scene with Ryan affected him.

He pointed out, “On the first day, it kind of hit me. We’d just come out of our two-week quarantine and we were thrust into a very big, like, father-daughter, like, emotional scene.”

Efron continued, “It was a really big scene and I very much had to play the dad in that scene in particular, and I remember going, ‘I'm drastically underprepared for this, I should have thought a little bit more.’”

Ryan said she was “honored” to play his first on-screen daughter, saying, “It was really fun… He was awesome and really sweet throughout the whole film, and he was always there for me for questions with the scene… If I had a question for him, he was always there and we really worked together, and it's great that we could have that kind of relationship.”

Ryan’s character was played by Drew Barrymore in the original movie from 1984.  Zac commented, “I had seen, of course, the original ‘Firestarter’ years and years ago and just the iconic image of Drew stuck with me from that. There's something so brilliant about this world that Stephen King created, that we got to play in, and it's all rooted in really strong family dynamics, but it just keeps you… on the edge of your seat watching what these, you know, families have to do to protect their daughter from these, you know, outside forces that want to use her for evil.”

Zac is confident that Drew is “gonna love it.”

Zac and Ryan's "Firestarter" remake hits theaters and Peacock May 13.