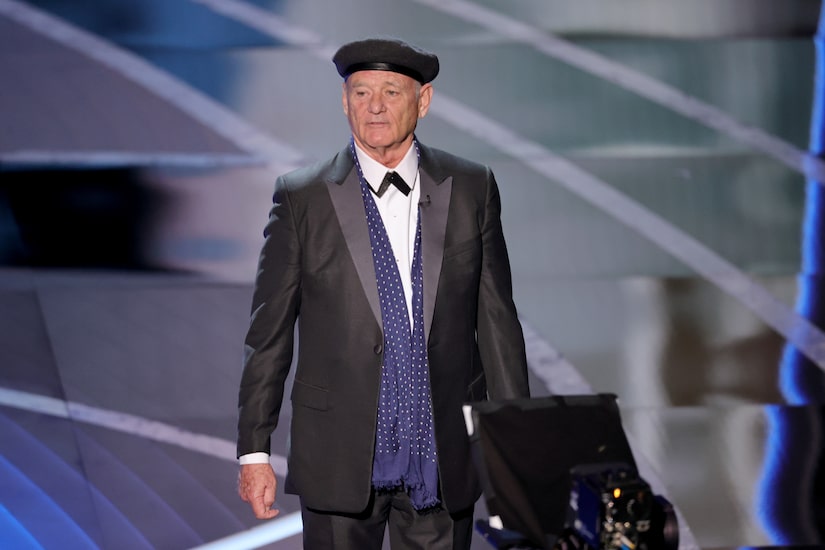 Production on Murray’s movie “Being Mortal” has been halted after allegations of “inappropriate behavior” against the legendary actor.

Searchlight Pictures confirmed that "production was suspended" in a statement obtained by "Extra."

In a statement to the cast and crew, Searchlight Pictures said, “After reviewing the circumstances, it has been decided that production cannot continue at this time. We are truly grateful to all of you for everything you’ve put into this project.”

"Extra" has reached out to Murray, but has yet to hear back.

Deadline reports that director Aziz Ansari and Murray’s co-star Seth Rogen are not part of the complaint that was filed.

Principle photography on the film began almost a month ago.

Murray has had issues on set before.

Last year, Lucy Liu opened up about their beef on the set of “Charlie’s Angels.”

According to Liu, Murray made “inexcusable and unacceptable” comments to her while they were working on the film.

She told The Los Angeles Times’ “Asian Enough” podcast, “As we’re doing the scene, Bill starts to sort of hurl insults, and I won’t get into the specifics, but it kept going on and on. I was, like, ‘Wow, he seems like he’s looking straight at me.'”

“I say, ‘I’m so sorry, are you talking to me?’ And clearly he was, because then it started to become a one-on-one communication,” she elaborated. “Some of the language was inexcusable and unacceptable, and I was not going to just sit there and take it.”

She stressed, “So, yes, I stood up for myself, and I don’t regret it. Because no matter how low on the totem pole you may be or wherever you came from, there’s no need to condescend or to put other people down. And I would not stand down, and nor should I have. I’m not going to sit there and be attacked… I don’t want to be that person that is not going to speak up for myself and stand by the only thing that I have, which is my dignity and self-respect.”

Lucy’s co-star Drew Barrymore recently discussed the incident, saying, “What really happened was Bill was just in a — you know, comedians can be a little dark sometimes — and he just came in in a bad mood.”

In 2009, Murray shared his side of the story, telling The Times of London, “Look, I will dismiss you completely if you are unprofessional and working with me… When our relationship is professional, and you’re not getting that done, forget it.”

At that time, “Charlie’s Angel” director McG also claimed that Murray headbutted him. He told the Guardian, “Square in the head. An inch later and my nose would have been obliterated.”

Murray denied McG’s allegation, telling The Times of London, “That’s bullsh*t! That’s complete crap! I don’t know why he made that story up. He has a very active imagination.”

In 2019, Murray’s “What About Bob?” co-star Richard Dreyfuss claimed that Murray threw an ashtray at his face on set. He told Yahoo!, “I didn't talk about it for years… Bill just got drunk at dinner. He was an Irish drunken bully, is what he was… He came back from dinner (one night) and I said, 'Read this (script tweak), I think it's really funny.' And he put his face next to me, nose-to-nose. And he screamed at the top of his lungs, 'Everyone hates you! You are tolerated!'"

He went on, “There was no time to react because he leaned back and he took a modern glass-blown ashtray. He threw it at my face from [only a couple feet away]. And it weighed about three-quarters of a pound. And he missed me. He tried to hit me. I got up and left.”

“What About Bob?” director Laura Ziskin also got into it with Murray, who she said threw her into a lake. While she called it a “playful” toss, she told The Los Angeles Times in 2003, “Bill… threatened to throw me across the parking lot and then broke my sunglasses and threw them across the parking lot.”