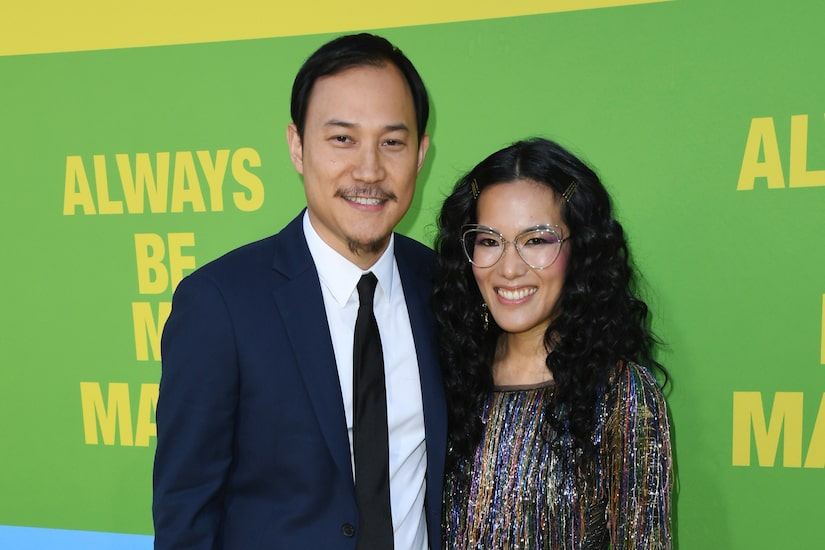 Comedian Ali Wong and her husband Justin Hakuta, both 39, are calling it quits after eight years of marriage.

Wong’s rep confirmed they are divorcing to "Extra."

Another source told us that the split is "amicable," adding, "They will continue to co-parent lovingly.”

Hakuta has been the subject of Wong’s jokes for many years.

It looks like they have a prenup in place, which could make the divorce smoother. However, they do have two kids, Mari, 6, and Nikki, 4.

In her 2019 special “Hard Knock Wife,” she joked about how his family made her sign a prenup because they expected him to earn more, but it all changed when she became famous. She quipped, “No one could have predicted this outcome. So much so, that before we got married, his family made me sign a prenup. It’s true, and now if we get divorced, their son is f**ked. No more sashimi on a Tuesday! No more fancy Japanese toilet bidet where water comes out and Hello Kitty sings the song until your butthole’s fresh and clean. Go back to drinking flat water, bitch!”

Ali added, “It is said that if you earn more in the relationship, then you are the breadwinner. I think my husband’s the real breadwinner, because he won a bread machine. Being a woman and the breadwinner is not all that, okay?”

Wong also discussed the prenup in her book “Dear Girls: Intimate Tales Untold Secrets and Advice for Living Your Best Life.” She admitted, “I was very motivated to make my own money because I signed a document specifically outlining how much I couldn’t depend on my husband. My father always praised ‘the gift of fear,’ and that prenup scared the s**t out of me. In the end, being forced to sign that prenup was one of the greatest things that ever happened to me and my career.”

In her Netflix special “Baby Cobra,” Wong revealed, “The first thing I learned about him was that, at the time, he was attending Harvard Business School. And I was like, 'Oh, my God, I'm gonna trap his a**. Going to trap his a**!' And I trapped his a** initially by not kissing him until the fifth date, which is a very unusual move on my part. But I did it on purpose because I knew that he was a catch."

The pair eventually tied the knot in San Francisco after four years of dating.

A few years ago, Ali opened up about how fame has affected their relationship. She told Health magazine, “We talk a lot about the transitions that we go through as a couple. He is so happy for me, but this lifestyle is not what he expected. He’s not an event person. So we decided that he’s not going to come to any more events — it’s just not how he wants to spend his time. I get it.”