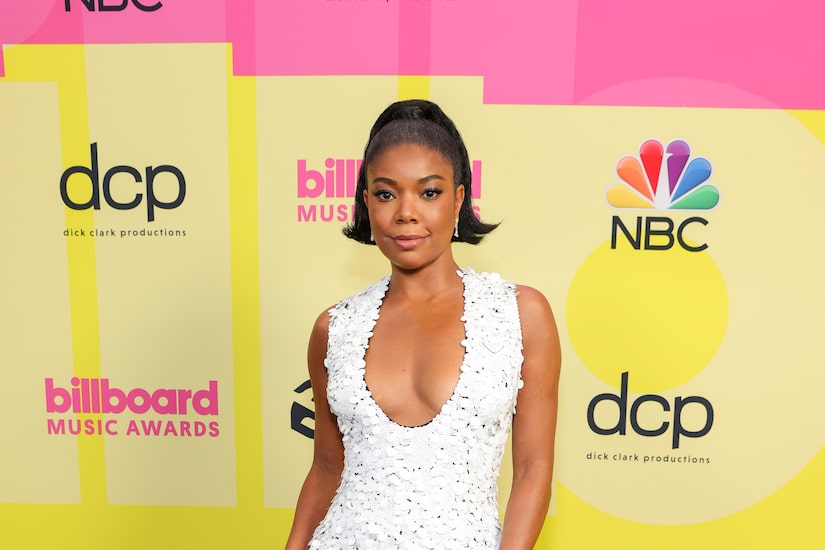 Gabrielle Union comes from a big family, and she is the mother of a big family on the new Disney + movie “Cheaper by the Dozen,” which is a new twist on an old classic.

Gabrielle and Zach Braff play parents who are trying to raise 10 children while managing the family business!

“Extra’s” Jenn Lahmers spoke with Union, who joked, “Both of my parents are one of seven... I love all my aunts and uncles. But it's too many.”

In real life, Union is married to NBA legend Dwyane Wade, and though both men are famous in their fields, Zach and Dwyane weren’t familiar with each other beforehand.

On a recent appearance on “The Ellen DeGeneres Show,” Braff admitted that he had “no idea” who Dwyane was since he knows “nothing about sports.”

Gabrielle explained, “In all fairness, my husband has no clue who Zach is either. So it's a push… He didn't watch ‘Scrubs,’ he didn't know it was a thing, you know, he was off winning championships and, you know, being People's hottest person.”

Braff starred on “Scrubs” for nine seasons until the show ended in 2010.

Once Zach realized who Dwyane was, he said it inspired him to get in the best shape of his life.

Union commented, “Zach was like, ‘I can't have you come to work and we're, like, you’re laying up in bed with me and then you go home to Adonis,’ and so I gave him the name of my trainer.”

Since Gabrielle is a real-life parent and Zach is not, did she educate him about all things dad-related?

She answered, “Zach kind of tipped his hat on what kind of parent he will be... which is the fun parent, not the disciplinarian.”

Gabrielle noted that she had to be the “bad cop,” while Zach got to play the “fun one” on set.

As for what drew her to the role, Union said, “I was like, ‘Perfect timing,’ because it looked like my family — you know, the Bakers and the Wades are not too far off. I mean, they got us by, you know, perhaps a half a dozen, but the blended nature of it, all, the co-parenting, figuring out how you balance ambition and love.”

Union is the mother of daughter Kaavia, 3, who happens to be co-owner of a professional soccer team.

Kaavia isn’t afraid to call out her mom! Gabrielle shared, “She is hilarious, like when she told me my breath stunk.”

Kaavia already has nearly 2 million followers on Instagram. Gabrielle commented, “She is a popular, probably for being exactly who she is and thankfully she doesn't have to be perfect, she just gets to exist and people like her, so I hope that for more of us.”

“Cheaper by the Dozen” streams March 18 on Disney+.