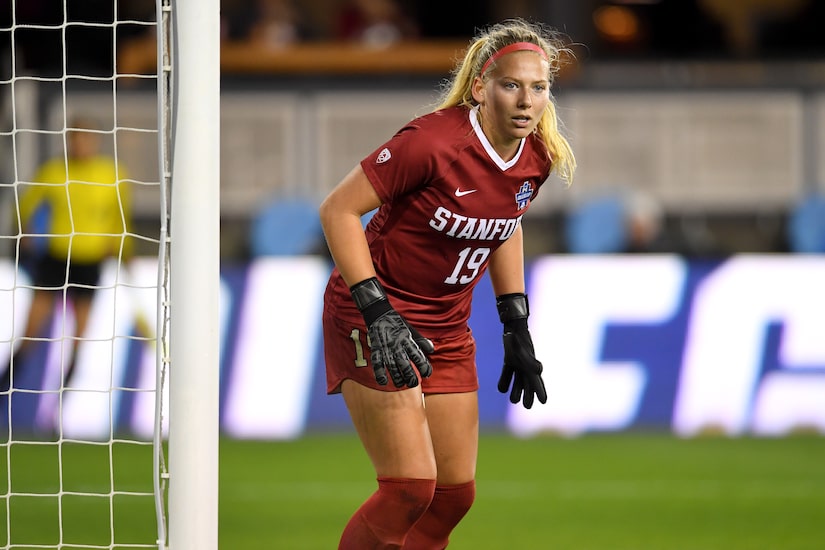 Her death has been ruled a suicide.

In a statement obtained by People magazine, the Santa Clara Medical Examiner-Coroner said, “There is no indication of foul play, and Meyer's death was determined to be self-inflicted.”

The statement continued, “We are exceedingly saddened to hear about the death of Katie Meyer, a beloved, talented and respected Stanford student, athlete and Santa Clara County resident. The Medical Examiner-Coroner extends sincerest condolences to the family, friends, and fans of Katie Meyer."

On Friday, Katie’s parents Gina and Steve Meyer sat down for their first TV interview on “Today,” opening up on what may have led to her suicide.

According to Meyer’s parents, she was worried about facing disciplinary action from Stanford for “defending a teammate on campus over an incident."

Gina claimed that Katie was getting letters about possible punishment over the past few months. She said, “This letter was kind of the final letter that there was going to be a trial or some kind of something. This is the only thing that we can come up with that triggered something."

In response to Gina's comments, Stanford said, "Our entire community is devastated by Katie’s death, and we share our deepest condolences with Katie’s family and everyone who knew her at Stanford, across the country and around the world. Katie touched so man lives. We are not able to share information about confidential student disciplinary matters. We as a university community continue to grieve with Katie’s family and cherish our memories of her."

During the interview, Gina wore Katie’s red sweater, telling Stephanie Gosk, "I know it’s going to sound crazy, but every mom is going to understand this, but when you smell it, it smells her, it smells like Katie, just her scent, I’m wearing it because it just feel I want to be close to her."

"The last couple days are like a parent’s worst nightmare and you don’t wake up from it. So it’s just horrific," Gina admitted. "I don’t even think it’s hit us yet. We’re still in shock."

Gina and Steve spoke with Katie, just hours before she killed herself. During their Facetime call, there was "no red flags." Gina revealed, “She had a lot going on, but she was happy. She was in great spirits."

Steve added that their daughter was “just the usual, jovial Katie."

Katie’s parents are now working with the school to prevent another tragedy like this from happening again. Gina admitted, “We're just we're struggling right now. We are struggling to know what happened, and why it happened. We're just heartbroken, so heartbroken."

Katie's sister Samantha wrote on Instagram, "There are no words. Thank you for all the kindness extended to my family. I’m not ready to post anything big yet. We are broken hearted and love Kat so much.”

Samantha also shared a link to a GoFundMe page, which has been created to help with Katie's memorial costs.

She added, "The outpouring of support is amazing. Thank you all so much for being here for Kat, our family and her friends."

Meyer’s teammate Lauren Sesselman took to Twitter to mourn her death. Lauren tweeted, “I am heartbroken. I had the honor to play alongside Katie for a season and she inspired not only me but everyone else around her. Your amazing heart & smile will be missed."

Just last month, Meyer launched the live show “Be the Mentality.” For one episode, she interviewed her dad to “hear his side of their story.” She tweeted, “GUYS i've been so excited to finally start my show :) we're going to be talking life, sports, college, all the good stuff."

During her time with Stanford, Meyer won the 2019 NCAA Championship and became a two-time Pac-12 Champion. She was working toward a major in International Relations and minor in History.

Of how she balanced her life, Katie shared on the bio on the show’s website, “Traveling during Fall Season can be stressful because I miss classes, but my professors have been so accommodating and understanding... my teammates and I try to pay them back by getting big wins for the Farm.”