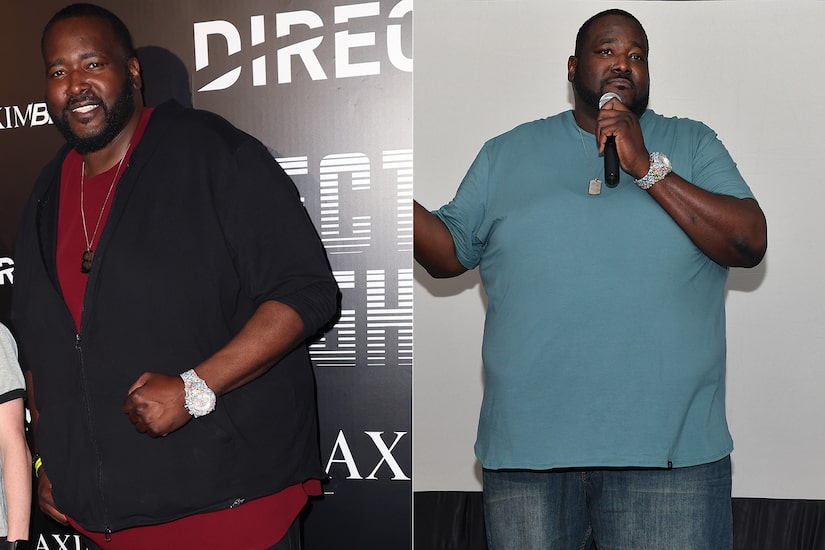 “The Blind Side” star Quinton Aaron, 37, is shedding the pounds!

He told the outlet, “I used the new year as a way to get a new me.”

Aaron noted that his production company and music motivated him to change his lifestyle.

As for how he was able to lose weight, Quinton traded candy and bread for salads. He is also trying out a keto diet and fasting, as well as walking.

During the COVID-19 pandemic, Quinton would eat two jumbo-sized Kit Kat packs and two packs of Reese’s peanut butter cups to start his morning. If he was eating out, he would finish his meal with a chocolate dessert. He sometimes would even eat two large sandwiches in one meal!

Aaron hopes to lose another 64 lbs. by May to honor his late mother, whose birthday is that month.

While he is best known for portraying NFL player Michael Oher in “The Blind Side,” Aaron has also appeared in “Be Kind Rewind,” “The Ministers,” “1982,” and “The Appearing.”

A few months ago, Quinton filmed a project in California. He wrote on Instagram, “Back in action in California this time working on this amazing new project named ‘Stairway to the Stars’ it’s a short film which stars the wonderful and super-talented Sean Young and myself. I don’t wanna give away the story but I will say that I get to really break out the acting chops in this one and get my steps in lol! Stay tuned… and as always God Bless!!!”