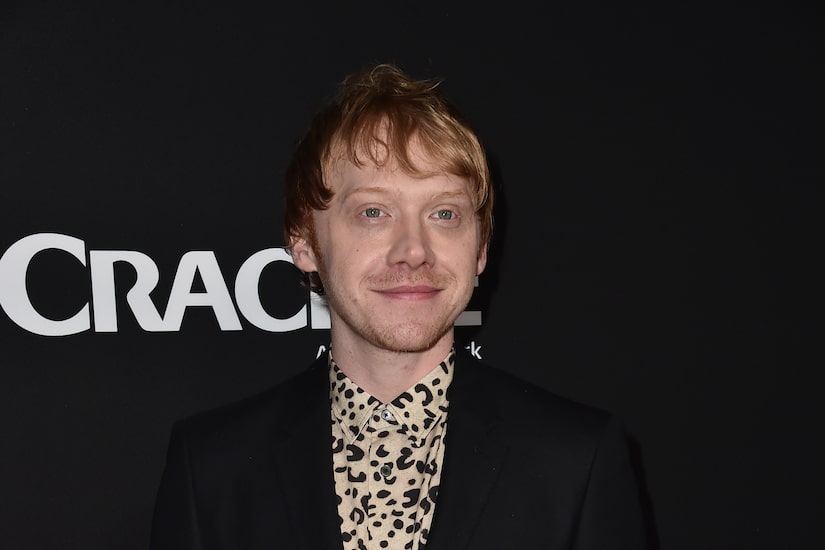 “Extra’s” Katie Krause spoke with Rupert Grint, who still loves “Harry Potter” as much as we do!

Grint is open to playing Ron Weasley again if given the opportunity. He said, “I do feel quite strong affinity with him. I’m quite protective of him as well.”

“I have a weird relationship with Ron, I think,” Grint added.

Does he think that the franchise can be rebooted? He said, “I don’t know. I mean there is a book… People have been talking about it.”

Rupert is currently starring in “Servant,” a thrilling psychological drama about a family in mourning that becomes entangled with mysterious forces.

Grint made sure not to give spoilers about the third season, but shared his theory on Leanne, played by Nell Tiger Free.

Rupert commented, "We have a bet with Nell because she's convinced [Leanne]'s gonna fly at the end, like not fly around but like just levitate a little bit off the ground."

Rupert's co-star Toby Kebbell shared his two cents, saying, "My suspicions are still what Sean believes, which is that he thinks the coincidences are, you know, they're coincidences."

As for what to expect this season, Rupert noted that his character Julian is trying to adopt "cleaner living," adding, "he's kind of sober, he's not drinking as much."

With the "clarity" that Julian now has, Grint pointed out, "He's also trying to work out where did this Baby come from?"

In real-life, Grint is a dad to his daughter, Wednesday, so how did the role change his approach to fatherhood? He answered, "I think it's definitely given me like a perspective... to kind of, well, exactly what that loss would do to a family and what it would actually mean."