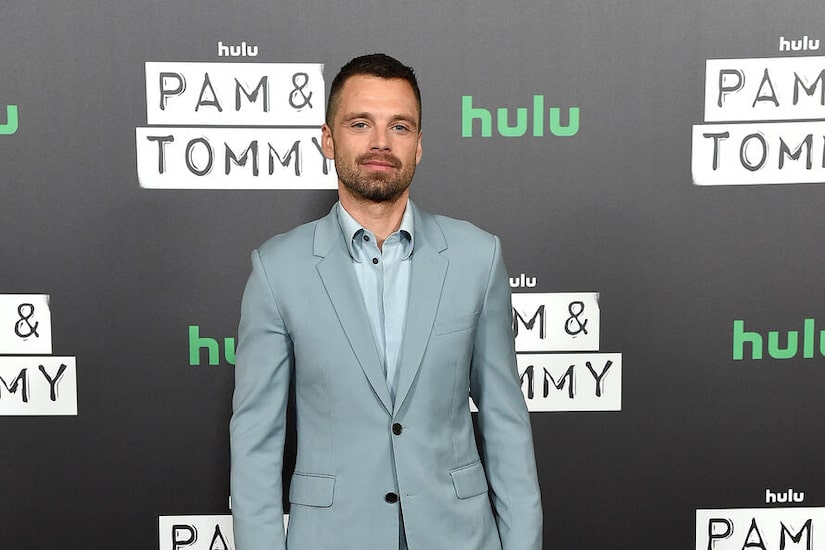 Sebastian transformed into rocker Tommy Lee for the series, even sporting tons of fake tattoos. Did his role inspire him to get any real-life tattoos?

Sebastian shared, “I always thought about tattoos, but I never went there. It might be too late in my heyday. If I will get a tattoo, I think it’s gonna have to be ‘Mamma Mia 3’ across my chest, ‘cause I want that movie to happen.”

Sebastian appeared to be showing some love for Lily, the star of “Mamma Mia! Here We Go Again.”

As for Lily becoming Pamela Anderson, she revealed, “It was a long process of figuring out how to make this work… I was going in at 3:30 in the morning and having over four hours in the makeup chair. But they did a great job, and by the end we could do it pretty quick occasionally.”

James, who said she grew up watching Pam on “Baywatch,” also opened up about putting on that iconic red swimsuit, saying, “It was a pretty wild moment.”

The series also has Sebastian interacting with a talking penis. As for his initial reaction when he read it in the script, Sebastian said, “There was always a question: would that scene work or not? In the end, it ended up working.”

“Pam & Tommy” also called for some nudity, but was Lily apprehensive about it? She answered, “We didn’t want it to feel salacious… It had to be essential to the story… Everyone really listened and there was a lot of trust.”