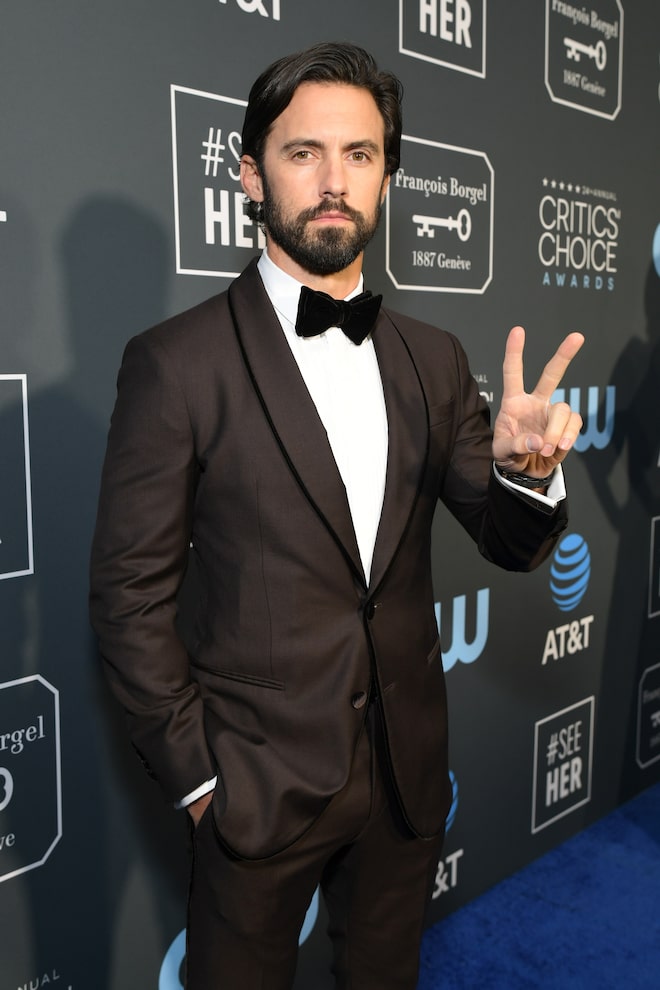 Milo Ventimiglia is getting ready to say goodbye to his beloved “This Is Us” character Jack Pearson and hello to his new role on “The Marvelous Mrs. Maisel”!

“Extra’s” Cheslie Kryst caught up with Milo to talk about his on-screen characters and his personal life.

Next week, Jack is facing his past at his mother’s funeral on “This is Us.” The show’s creator Dan Fogelman has been singing Milo’s praises, saying it is a performance you cannot miss.

Milo told Cheslie, “High praise from the boss man Dan Fogelman... It's a heavy episode. You know, not that we don't have heavy episodes on ‘This Is Us.’”

He went on, “This one is right back to Jack and learning how he deals with loss, the loss of a parent. The moments that will ultimately break him as a person… The show definitely, like, reaffirms a lot of how I was raised… There's a lot of my own father in Jack that I kind of put into Jack.”

Cheslie asked, “Doing this series… does that make you think about fatherhood for yourself someday?”

Milo answered, “No, not at all.” Smiling, he said, “Sorry to be so blunt with it… It doesn't make me rush or want to run into fatherhood any more or less than I had before in life. We'll see, we'll see what happens down the road. But right now, I think I'm… comfortably not a father. I'm okay with it.” 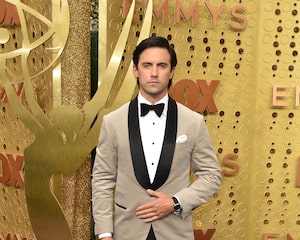 But he does love when Mandy Moore’s baby boy Gus comes to set, gushing, “Gus comes to set quite a bit. So when he's there, you know, grabbing his feet and pinching his cheeks and you know, doing what I can, he's such a beautiful, well-behaved, happy kid.”

Next up for Milo is joining the cast of “The Marvelous Mrs. Maisel.” Cheslie commented, “I saw a photo of you and Midge and a bouquet of flowers. Is your character her love interest?”

Ventimiglia teased, “It's pretty indicative. If a man is giving a woman some flowers on the, you know, on the park steps, probably there's some romance that's bound to happen or intending to happen. Whether we get there or not. I think people are going to have to watch the show and see what happens between the two. But it was a pleasure to reunite with Amy [Sherman-Palladino] and Dan [Palladino], as well as to work with my friend Rachel [Brosnahan].” 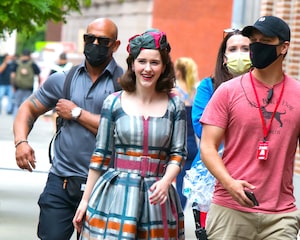 One thing is for sure: he will continue to work out in his short-shorts! Cheslie teased, “At what point in time are you going to roll out a shorts line and just capitalize on all of it?”

He replied, “I tell you, that’s the thing people keep asking me… Like, legit, like, companies, like, ‘Hey, can we do this, do that?’ and I just haven't. You know, I'm an actor. I'm not a fashion icon. I'm nothing like that. I think I just got caught in a moment. After a nice, heavy workout with my trainer, Jason, where it was just kind of like alright, well, those are my thighs. That's what I got, and shorts or not, you know, that's, that's what I can be responsible for. So I don't know. Maybe. We'll see. We'll see something. I don't know.” 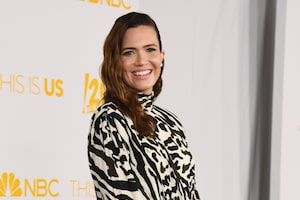 Mandy Moore on Baby Gus' First Words, Plus: The Final Season of ‘This Is Us’ 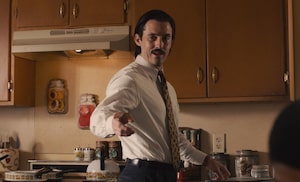 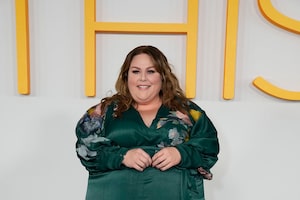